Our Little Racket:
A Novel

in conversation with STUART NADLER

Harvard Book Store and GrubStreet welcome debut author ANGELICA BAKER and Boston College's STUART NADLER—acclaimed author of Wise Men, The Book of Life, and The Inseparables—for a discussion of Baker's new novel, Our Little Racket, the story of five women whose lives are dramatically changed by the downfall of a financial titan.

About Our Little Racket

On September 15, 2008, the world of Greenwich, Connecticut, is shaken. When the investment bank Weiss & Partners is shuttered, CEO Bob D’Amico must fend off allegations of malfeasance, as well as the judgment and resentment of his community. As panic builds, five women in his life must scramble to negotiate power on their own terms and ask themselves what —if anything—is worth saving.

In the aftermath of this collapse, Bob D’Amico’s teenage daughter Madison begins to probe her father’s heretofore secret world for information. Four other women in Madison’s life —her mother Isabel, her best friend Amanda, her nanny Lily, and family friend Mina —begin to question their own shifting roles in their insular, moneyed world.

For the adults, this means learning how to protect their own in a community that has turned against them. For the younger generation, it means heightened rebellion and heartache during the already volatile teenage years. And for Lily, it means deciding where her loyalties lie when it comes to the family in which she is both an essential member and, ultimately, an outsider.  All these women have witnessed more than they’ve disclosed, all harbor secret insecurities and fears, and all must ask themselves—where is the line between willful ignorance and unspoken complicity?

With astonishing precision, insight, and grace, Angelica Baker weaves a timeless social novel about the rituals of intimacy and community; of privilege and information; of family and risk; of etiquette and taboo.

"Our Little Racket is a golden web of a story hanging in the rubble of a house built by deceit and greed. A magnificent debut." —Ramona Ausubel, author of Sons and Daughters of Ease and Plenty and No One is Here Except All of Us

"Angelica Baker has written a terrific, whip-smart debut. Our Little Racket is a humane and serious window onto the troubling social world of the bankers who wrecked our economy. This is a great first novel." —Stuart Nadler, author of The Inseparables

"Our Little Racket is a gratifying peek over the hedgerows of Greenwich, laden with delicious anthropological detail. But like a modern day Henry James, Angelica Baker uses the lives of the one percent to explore themes-of love and loyalty, family and friendship-that matter to all of us." —Rumaan Alam, author of Rich and Pretty 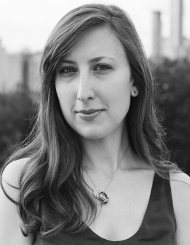 Angelica Baker was born and raised in Los Angeles. She received her B.A. from Yale University and her M.F.A. from Columbia University. She now lives in Brooklyn. 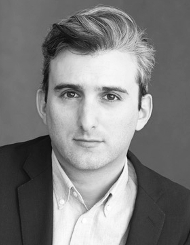 Stuart Nadler is a recipient of the 5 Under 35 Award from the National Book Foundation. He is the author of two novels and a short story collection. His first novel, Wise Men was named a Barnes & Noble Discover Great New Writers selection, a Best Book of the Year by Amazon, and has been translated into five languages. His story collection, The Book of Life, was long-listed for the Frank O’Connor International Story Prize. His most recent novel, The Inseparables, was named a Best Book of the Year by Kirkus. He is a graduate of the Iowa Writers’ Workshop, where he was a Truman Capote Fellow and a Teaching-Writing Fellow. He was also the Carol Houck Smith Fiction Fellow at the University of Wisconsin. He teaches at Boston College, and in the MFA program at the Bennington Writing Seminars. He lives in New England.