Harvard Book Store is pleased to welcome bestselling author ANNE LAMOTT as she reads from her most recent novel, Imperfect Birds, newly out in paperback.

Seventeen-year-old Rosie Ferguson is smart, athletic, and beautiful—everything her mother, Elizabeth, and stepfather, James, hoped she would be. But as the school year draws to a close, there are disturbing signs that the well-adjusted teenage life that Rosie claims to be leading is a sham. Slowly and painfully, Elizabeth and James are forced to confront the fact that Rosie has been lying to them—and that her deceptions have profound consequences for them all.

"It [is] a moving and perceptive portrayal of raising a substance-abusing teenager.... This is a mature, thoughtful novel about an all-too-common family crisis, and in typical Lamott fashion, it doesn't ignore the pain or exalt in despair. The salvation she offers in these pages is hard-won." —The Washington Post

"Throughout this admirable novel, Lamott’s observations are pitch perfect — likably, even brutally unsentimental, not just about parental hopes and anxieties but about the particular and touching fragility of simply being a teenager.... Laughter redeems this book, and so does the fact that it’s ultimately not just a novel about deception and drugs but about the great big bloody battle of love and sorrow that is parenthood. " —The New York Times 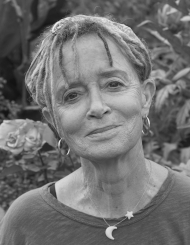 Anne Lamott is the author of the New York Times bestsellers Almost Everything; Hallelujah Anyway; Small Victories; Stitches; Help, Thanks, Wow; Some Assembly Required; Grace (Eventually); Plan B; and Traveling Mercies, as well as several novels. A past recipient of a Guggenheim Fellowship and an inductee to the California Hall of Fame, she lives in Northern California.