Demand the Impossible!:
A Radical Manifesto

About Demand the Impossible!

Demand the Impossible! urges us to imagine a world beyond what this rotten system would have us believe is possible.

In critiquing the world around us, insurgent educator and activist Bill Ayers uncovers cracks in that system, raising the horizons for radical change, and envisioning strategies for building the movement we need to make a world worth living in.

"For Bill Ayers, it is the freedom of our collective imagination that links the contemporary world—ensconced as it is in pervasive militarism, racist violence, and environmental devastation—to the flourishing of our planet. This is a manifesto that should be read by everyone who wants to believe that 'another world is possible.'” —Angela Y. Davis, author of Abolition Democracy and Freedom is a Constant Struggle

"With huge numbers of us recognizing the need for transformative change, this ambitious and exuberant book perfectly matches its historical moment. Ayers fearlessly confronts the intersecting crises of our age—endless war, surging inequality, unchecked white supremacy and perilous planetary warming—while mapping emancipatory new possibilities. From the first page, his courage is contagious." —Naomi Klein, author of This Changes Everything and The Shock Doctrine

"Demand the Impossible is more than a book, more than a manifesto. It is a torch. Bill Ayers’ vision for a humane future is incendiary—fire that incinerates old logics and illuminates new paths. If we do not end the violence of militarism, materialism, caging, dispossession, debt, want, ignorance, and global warming, our very survival is impossible. Read aloud." —Robin D. G. Kelley, author of Freedom Dreams 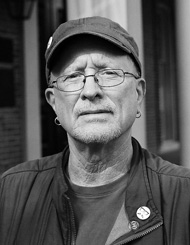 Bill Ayers is a social justice activist, teacher, Distinguished Professor of Education (retired) at the University of Illinois at Chicago, and author of two memoirs, Fugitive Days and Public Enemy.