The Influencing Machine:
Brooke Gladstone on the Media

Harvard Book Store is glad to welcome co-host of NPR's On the Media BROOKE GLADSTONE as she discusses her new graphic nonfiction exploration of the media, The Influencing Machine: Brooke Gladstone on the Media.

Nearly one million weekly NPR listeners trust Brooke Gladstone to guide them through the distortions and complexities of the modern media. Now she bursts onto the page as an illustrated character in vivid comics drawn by acclaimed artist Josh Neufeld. The cartoon of Brooke conducts the reader through two millennia of history—from the newspapers in Caesar's Rome to the penny press of the American Revolution and the manipulations of contemporary journalism. Gladstone's manifesto debunks the notion that "The Media" is an external force, outside of our control, since we've begun directly constructing, filtering, and responding to what we watch and read. The Influencing Machine equips us to be smart, savvy, informed consumers and shapers of the media. It shows that we have met the media and it is us. So now what?

"Gladstone, cohost of NPR's On the Media, and noted illustrator [Josh] Neufeld make a formidable pair in this fascinating history of media's influence.... One of the most intriguing sections deals with bias, a term tossed around so often it's become almost meaningless. Gladstone points to seven key biases that cognizant media consumers should worry about: commercial, bad news, status quo, access, visual, narrative, and fairness. These dovetail nicely into a frank discussion of war journalism, which highlights Neufeld's considerable skills, with each panel bursting with situational details. Gladstone's is an indispensible guide to our ever-evolving media landscape that's brought vividly to life." —Publishers Weekly 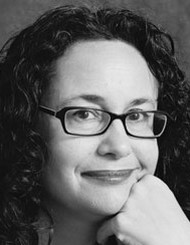 Brooke Gladstone is cohost of NPR's On the Media and a former senior editor at Weekend Edition and All Things Considered. She lives in Brooklyn, New York.