This event includes a book signing

About How Change Happens

How does social change happen? When do social movements take off? Sexual harassment was once something that women had to endure; now a movement has risen up against it. White nationalist sentiments, on the other hand, were largely kept out of mainstream discourse; now there is no shortage of media outlets for them. In this book, with the help of behavioral economics, psychology, and other fields, Cass Sunstein casts a bright new light on how change happens.

Sunstein focuses on the crucial role of social norms―and on their frequent collapse. When norms lead people to silence themselves, even an unpopular status quo can persist. Then one day, someone challenges the norm―a child who exclaims that the emperor has no clothes; a woman who says “me too.” Sometimes suppressed outrage is unleashed, and long-standing practices fall.

Sometimes change is more gradual, as “nudges” help produce new and different decisions―apps that count calories; texted reminders of deadlines; automatic enrollment in green energy or pension plans. Sunstein explores what kinds of nudges are effective and shows why nudges sometimes give way to bans and mandates. Finally, he considers social divisions, social cascades, and “partyism,” when identification with a political party creates a strong bias against all members of an opposing party―which can both fuel and block social change.

Praise for How Change Happens

"It's often said that the only constancy in life is change. Cass Sunstein weaves threads from diverse traditions in behavioral science to explain how big shifts get started." ―Angela Duckworth, Founder and CEO of Character Lab and Professor of Psychology, University of Pennsylvania; author of Grit: The Power of Passion and Perseverance

"If you think you'd like to change something―another person, an organization, or even your  society―then try this test: Pick up this book and read five pages. If you don't have your eyes opened with a fresh insight or useful tool, well, you're probably not serious enough about making change." ―Chip Heath, Professor, Stanford Graduate School of Business; coauthor of Switch: How to Change Things When Change is Hard

"For those lamenting the status quo, and questioning whether change is possible, Cass Sunstein provides a ray of hope. Integrating insights from his own, and others', research on topics such as social norms, group polarization, and pluralistic ignorance with his intimate knowledge of law and public policy, Sunstein provides a road map of how change can and does happen. Characteristically wise and erudite, How Change Happens is a must-read for those who want to understand, and help to instigate, social change." ―George Loewenstein, Herbert A. Simon University Professor of Economics and Psychology, Carnegie Mellon University 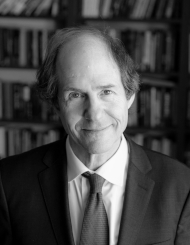 Cass R. Sunstein is currently the Robert Walmsley University Professor at Harvard. In 2019, he won the Norwegian government's Holberg Prize, frequently described as the Nobel Prize for law, philosophy, and the humanities. During the Obama Administration, he led the White House's Office of Information and Regulatory Affairs, and so helped oversee environmental, civil rights, labor, and immigration policy. He is the founder and director of the Program on Behavioral Economics and Public Policy at Harvard Law School. Mr. Sunstein has testified before congressional committees on many subjects, and he has been involved in constitution-making and law reform activities in a number of nations. He is the author of many books, including Nudge: Improving Decisions about Health, Wealth, and Happiness (with Richard H. Thaler, 2008), On Freedom (2019), and How Change Happens (2019).