The World According to Star Wars

with an introduction by JONATHAN ZITTRAIN

About The World According to Star Wars

There’s Santa Claus, Shakespeare, Mickey Mouse, The Bible, and then there’s Star Wars. Nothing quite compares to sitting with down with a young child and hearing the sound of John Williams’ score as those beloved golden letters fill the screen. In this fun, erudite and often moving book, Cass R. Sunstein explores the lessons of Star Wars as they relate to childhood, fathers, the Dark Side, rebellion, and redemption. As it turns out, Star Wars also has a lot to teach us about constitutional law, economics, and political uprisings.

In rich detail, Sunstein tells story of the films’ wildly unanticipated success and what it has to say about why some things succeed while others fail. Ultimately, Sunstein argues, Star Wars is about the freedom of choice and our never-ending ability to make the right decision when the chips are down. Written with buoyant prose and considerable heart, The World According to Star Wars shines new light on the most beloved story of our time.

"Star Wars is the ultimate mythological tale of our age, a hero's journey that is a tribute to the beauty of human freedom as well as an exploration of its dark complexities. In this gem of a book, the brilliant Cass Sunstein uses the series to explore profound questions about being a parent, a child, and a human. It will change the way you think about your own journey, and it might even make you pick up the phone and call your dad." —Walter Isaacson

“Irresistibly charming, acclaimed legal scholar Sunstein writes partly as a rigorous academic and partly as a helpless fanboy as he explores our fascination with Star Wars and what the series can teach us about the law, behavioral economics, history, even fatherhood. This book is fun, brilliant, and deeply original.” —Lee Child 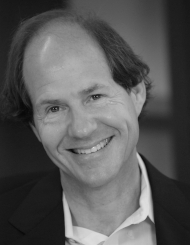 Cass R. Sunstein is Robert Walmsley University Professor at Harvard Law School and Chair of the Technical Advisory Group on Behavioral Insights and Sciences at the World Health Organization. He was Administrator of the White House Office of Information and Regulatory Affairs in the Obama administration. He is the author of The Cost-Benefit Revolution, How Change Happens, Too Much Information (all three published by the MIT Press), Nudge (with Richard H. Thaler), and other books.