The Boston club scene may be home to a cast of outsiders and misfits, but it’s where Tara Winton belongs; the world she’s been part of for the past twenty years. Now, one of the old gang is dead, having fallen down the basement stairs at his home.

With her journalist’s instincts, Tara senses there’s something not quite right about Frank’s supposedly accidental death. When she asks questions, she begins to uncover some disturbing truths about the club scene in its heyday. Beneath the heady, sexually charged atmosphere lurked something darker. Twenty years ago, there was another death. Could there be a connection? Is there a killer still at large … and could Tara herself be at risk? 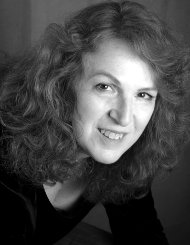 A former journalist, Clea Simon is the Boston Globe–bestselling author of three nonfiction books and more than two dozen mysteries. While most of these (like her recent, A Cat on the Case) are cat cozies/amateur sleuth mysteries, she also writes darker crime fiction, like the rock and roll suspense novel World Enough, which was named a “must read” by the Massachusetts Book Awards. Her upcoming psychological suspense Hold Me Down returns to the music world, focusing on sexual abuse and recovery, as well as love in all its forms. She can be reached at www.cleasimon.com