House of Names:
A Novel

About House of Names

From the thrilling imagination of bestselling, award-winning Colm Tóibín comes a retelling of the story of Clytemnestra—spectacularly audacious, violent, vengeful, lustful, and instantly compelling—and her children.

“I have been acquainted with the smell of death.” So begins Clytemnestra’s tale of her own life in ancient Mycenae, the legendary Greek city from which her husband King Agamemnon left when he set sail with his army for Troy. Clytemnestra rules Mycenae now, along with her new lover Aegisthus, and together they plot the bloody murder of Agamemnon on the day of his return after nine years at war.

Judged, despised, cursed by gods she has long since lost faith in, Clytemnestra reveals the tragic saga that led to these bloody actions: how her husband deceived her eldest daughter Iphigeneia with a promise of marriage to Achilles, only to sacrifice her because that is what he was told would make the winds blow in his favor and take him to Troy; how she seduced and collaborated with the prisoner Aegisthus, who shared her bed in the dark and could kill; how Agamemnon came back with a lover himself; and how Clytemnestra finally achieved her vengeance for his stunning betrayal—his quest for victory, greater than his love for his child.

In House of Names, Colm Tóibín brings a modern sensibility and language to an ancient classic, and gives this extraordinary character new life, so that we not only believe Clytemnestra’s thirst for revenge, but applaud it. He brilliantly inhabits the mind of one of Greek myth’s most powerful villains to reveal the love, lust, and pain she feels. Told in fours parts, this is a fiercely dramatic portrait of a murderess, who will herself be murdered by her own son, Orestes. It is Orestes’ story, too: his capture by the forces of his mother’s lover Aegisthus, his escape and his exile. And it is the story of the vengeful Electra, who watches over her mother and Aegisthus with cold anger and slow calculation, until, on the return of her brother, she has the fates of both of them in her hands.

"Brilliant . . . Tóibín's accomplishment here is to render myth plausible while at the same time preserving its high drama . . . The selfish side of human nature is . . . made tangible and graphic in Tóibín's lush prose." —Booklist, starred review

"Clytemnsestra, narrating in the first person, is a captivating and terrifying figure, heartbroken and ruthless in her lust for power . . . Tóibín captures the way that corruption breeds resentment and how resentment almost unstoppably breeds violence. The original myths established these characters as the gods' playthings, but Tóibín reframes this version in a 'time when the gods are fading' the besster to lay the blame for our human failures plainly on ourselves." —Kirkus

The Brattle Theatre will screen the film adaptation of Tóibín's bestselling novel Brooklyn after our event and signing. This screening will be ticketed separately, through the Brattle Theatre, and will feature a special introduction by the author. Early arrivers to the screening will have the opportunity to purchase copies of House of Names. 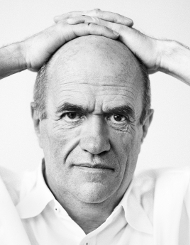 Colm Tóibín is the author of seven novels, including The Master, winner of the Los Angeles Times Book Prize; Brooklyn, winner of the Costa Book Award; The Testament of Mary, and Nora Webster, as well as two story collections. Three times shortlisted for the Man Booker Prize, Tóibín lives in Dublin and New York.

UPDATE: Online ticket sales have now ended. A limited number of tickets are still available at Harvard Book Store or over the phone at 617-661-1515.