Kill It to Save It:
An Autopsy of Capitalism's Triumph over Democracy

Harvard Book Store and Mass Humanities welcome Stonehill College's Professor of Sociology and former president of the Association for Humanist Sociology COREY DOLGON for a discussion of his latest book, Kill It to Save It: An Autopsy of Capitalism's Triumph over Democracy.

About Kill It to Save It

For decades now, American voters have been convinced to support public policies that only benefit those in power. But how do the powerful extract consent from citizens whose own self-interest and collective well-being are constantly denied? And why do so many Americans seem to have given up on quality public education, on safe food and safe streets, on living wages—even on democracy itself? Kill It to Save It lays bare the hypocrisy of contemporary US political discourse, documenting the historical and theoretical trajectory of capitalism’s triumph over democracy.

Tackling the interconnected issues of globalization, neoliberalism, and declining public institutions, Corey Dolgon argues that American citizens now accept reform policies that destroy the public sector (seemingly in the public interest) and a political culture that embraces what Stephen Colbert calls “truthiness”—a willingness to agree to arguments that feel right “in the gut” regardless of fancy science or messy facts. In a narrative that stretches from the post–Vietnam War era to the present parade of political reality TV and debates over Black Lives Matter, Dolgon dismantles US common-sense cultural discourse. His original, alternative account reveals that this ongoing crisis in US policy will not cease until a critical mass of American citizens recognize what has been lost, and in whose interest.

"I always love a good whodunit and like a good Agatha Christie mystery, Dolgon's book peels back the layers of neoliberalism to expose not only the crimes and who committed them, but the weapons they used and the fake alibis they told. If you want to know why reality-TV politics and budget austerity killed our democracy and economy, read this book." —Jim Hightower, author, radio commentator, and editor of The Hightower Lowdown

"To understand the popularity of Italian Fascism in the ’30s, we needed Antonio Gramsci. To understand the popular malaise among the US middle class in the '50s, we needed C. Wright Mills. And to understand the popularity of Donald J. Trump and the prevailing logic that turns billionaires into job creators, unions into job destroyers, and climate scientists into godless Communists, we need Corey Dolgon. Clear-eyed and perceptive, Dolgon reveals that the new 'common sense' upholding privatization, deregulation, wealth concentration, and the erosion of democracy and civil liberties as the only path to prosperity was not the handiwork of Fox News and wily neocons but the outcome of a deeper ideological and cultural shift. Kill It to Save It is mandatory reading if we are to replace the neoliberal 'common sense' with the radical possibilities of 'good sense.'" —Robin D. G. Kelley, author of Freedom Dreams: The Black Radical Imagination 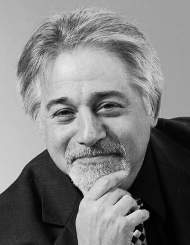 Dr. Corey Dolgon is Professor of Sociology and Director of Community Based Learning at Stonehill College in Easton, MA. He is past president of the Association for Humanist Sociology and has taught at Harvard and Clark Universities. Corey is the author of three other books, including the award-winning The End of the Hamptons: Scenes from the Class Struggle in America’s Paradise. He has published many articles for anthologies, journals and magazines, and is the co-editor of Critical Sociology.