Harvard Book Store, together with Amnesty International, ACLU of Massachusetts, Massachusetts Citizens Against the Death Penalty, and Murder Victims Families for Human Rights, welcomes DAMIEN ECHOLS for a discussion of his memoir, Life After Death.

In 1993, teenagers Damien Echols, Jason Baldwin, and Jessie Misskelley, Jr.—who have come to be known as the West Memphis Three—were arrested for the murders of three eight-year-old boys in Arkansas. The ensuing trial was marked by tampered evidence, false testimony, and public hysteria. Baldwin and Misskelley were sentenced to life in prison; while eighteen-year-old Echols, deemed the “ringleader,” was sentenced to death. Over the next two decades, the WM3 became known worldwide as a symbol of wrongful conviction and imprisonment, with thousands of supporters and many notable celebrities who called for a new trial. In a shocking turn of events, all three men were released in August 2011.

Now Echols shares his story in full—from abuse by prison guards and wardens, to portraits of fellow inmates and deplorable living conditions, to the incredible reserves of patience, spirituality, and perseverance that kept him alive and sane while incarcerated for nearly two decades.  In these pages, Echols describes the terrors he experienced every day and his outrage toward the American justice system, and offers a firsthand account of living on Death Row in heartbreaking, agonizing detail.

“Gripping. . . . Echols has already lived a remarkable life, one forged in tragedy and all manner of iniquity. That he is able to write so movingly about the many trials he endured speaks volumes about his intellect and character.” —The Boston Globe

“Damien Echols spent eighteen years on death row for murders he did not commit. Somehow, in the depths of his unspeakable nightmare, he found the courage and strength not only to survive, but to grow, to create, to forgive, and to understand. Life After Death is a brilliant, haunting, painful, and uplifting narrative of a hopeless childhood, a wrongful conviction, a brutal incarceration, and the beginning of a new life.”—John Grisham

“Wrongfully imprisoned by willfully ignorant cops, prosecutors and judge, Damien Echols draws on all his wits and his unique view of humanity to survive eighteen years on death row. My admiration for him, and the strength of his spirit, increases with every page.” —Sir Peter Jackson, Academy Award-winning director, producer and screenwriter 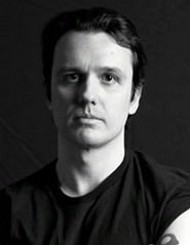 Damien Echols was born in 1974 and grew up in Mississippi, Tennessee, Maryland, Oregon, and Arkansas. At age eighteen, he was arrested along with Jason Baldwin and Jessie Miskelley and charged with the deaths of three boys, now known as the Robin Hood Hill murders, in West Memphis, Arkansas. Echols received a death sentence and spent almost eighteen years on Death Row, until he, Baldwin, and Misskelley were released in 2011. The West Memphis Three have been the subject of Paradise Lost, a three-part documentary series produced by HBO, and West of Memphis, a documentary produced by Peter Jackson and Fran Walsh. Echols is the author of a self-published memoir titled Almost Home. He and his wife, Lorri Davis, live in New York City.