From Bacteria to Bach and Back:
The Evolution of Minds

in conversation with DANIEL GILBERT

Harvard Book Store and Mass Humanities welcome Tufts University professor DANIEL C. DENNETT—author of Breaking the Spell, Darwin’s Dangerous Idea, and Consciousness Explained—and DANIEL GILBERT, the Edgar Pierce Professor of Psychology at Harvard University, for a discussion of Dennett's latest book, From Bacteria to Bach and Back: The Evolution of Minds.

About From Bacteria to Bach and Back

One of America’s foremost philosophers offers a major new account of the origins of the conscious mind.

How did we come to have minds?

For centuries, this question has intrigued psychologists, physicists, poets, and philosophers, who have wondered how the human mind developed its unrivaled ability to create, imagine, and explain. Disciples of Darwin have long aspired to explain how consciousness, language, and culture could have appeared through natural selection, blazing promising trails that tend, however, to end in confusion and controversy. Even though our understanding of the inner workings of proteins, neurons, and DNA is deeper than ever before, the matter of how our minds came to be has largely remained a mystery.

That is now changing, says Daniel C. Dennett. In From Bacteria to Bach and Back, his most comprehensive exploration of evolutionary thinking yet, he builds on ideas from computer science and biology to show how a comprehending mind could in fact have arisen from a mindless process of natural selection. Part philosophical whodunit, part bold scientific conjecture, this landmark work enlarges themes that have sustained Dennett’s legendary career at the forefront of philosophical thought.

In his inimitable style—laced with wit and arresting thought experiments—Dennett explains that a crucial shift occurred when humans developed the ability to share memes, or ways of doing things not based in genetic instinct. Language, itself composed of memes, turbocharged this interplay. Competition among memes—a form of natural selection—produced thinking tools so well-designed that they gave us the power to design our own memes. The result, a mind that not only perceives and controls but can create and comprehend, was thus largely shaped by the process of cultural evolution.

An agenda-setting book for a new generation of philosophers, scientists, and thinkers, From Bacteria to Bach and Back will delight and entertain anyone eager to make sense of how the mind works and how it came about.

"Illuminating and insightful. . . . [Dennett] makes a convincing case, based on a rapidly growing body of experimental evidence, that a materialist theory of mind is within reach. . . . His ideas demand serious consideration." —Publishers' Weekly 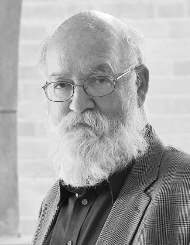 Daniel C. Dennett is a University Professor at Tufts University and the author of numerous books including Breaking the Spell, Darwin’s Dangerous Idea, and Consciousness Explained. 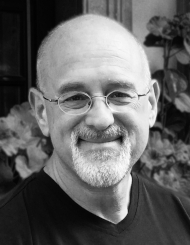 Daniel Gilbert, the Edgar Pierce Professor of Psychology at Harvard University, has won numerous awards for his research and teaching.  His popular book, Stumbling on Happiness, spent 6 months on the New York Times bestseller list, has been translated into more than 35 languages and sold over a million copies worldwide, and was awarded the Royal Society’s General Book Prize for best science book of the year. He hosted and co-wrote the award-winning PBS television series This Emotional Life, the premiere of which was seen by more than 10 million viewers. In the last few years he has appeared in a series of television commercials meant to help Americans overcome the psychological obstacles to saving for retirement. He is a contributor to TIME, the New York Times, and NPR's All Things Considered, and in 2014 Science named him one of the world’s 50 most-followed scientists on social media. In 2017 he was named one of The 50 Most Influential Living Psychologists in the World. His TED talks have been seen more than 26 million times and remain among the most popular of all time.

UPDATE: Online ticket sales have now ended. A limited number of tickets are still available at Harvard Book Store or over the phone at 617-661-1515. We will likely sell out soon so get your tickets now!