Happier?:
The History of a Cultural Movement That Aspired to Transform America

Harvard Book Store welcomes writer, historian, and Smith College professor DANIEL HOROWITZ for a discussion of his latest book, Happier?: The History of a Cultural Movement That Aspired to Transform America. This event is co-sponsored by Mass Humanities.

When a cultural movement that began to take shape in the mid-twentieth century erupted into mainstream American culture in the late 1990s, it brought to the fore the idea that it is as important to improve one's own sense of pleasure as it is to manage depression and anxiety. Cultural historian Daniel Horowitz's research reveals that this change happened in the context of key events. World War II, the Holocaust, post-war prosperity, the rise of counter-culture, the crises of the 1970s, the presidency of Ronald Reagan, and the prime ministerships of Margaret Thatcher and David Cameron provided the important context for the development of the field today known as positive psychology.

Happier? provides the first history of the origins, development, and impact of the way Americans -- and now many around the world -- shifted from mental illness to well-being as they pondered the human condition. This change, which came about from the fusing of knowledge drawn from Eastern spiritual traditions, behavioral economics, neuroscience, evolutionary biology, and cognitive psychology, has been led by scholars and academic entrepreneurs, as they wrestled with the implications of political events and forces such as neoliberalism and cultural conservatism, and a public eager for self-improvement.

Linking the development of happiness studies and positive psychology with a broad series of social changes, including the emergence of new media and technologies like TED talks, blogs, websites, and neuroscience, as well as the role of evangelical ministers, Oprah Winfrey's enterprises, and funding from government agencies and private foundations, Horowitz highlights the transfer of specialized knowledge into popular arenas. Along the way he shows how marketing triumphed, transforming academic disciplines and spirituality into saleable products. Ultimately, Happier? illuminates how positive psychology, one of the most influential academic fields of the late twentieth and early twenty-first centuries, infused American culture with captivating promises for a happier society.

"Daniel Horowitz has accomplished an impressive feat. Happier? is a thorough and judicious history of positive psychology—a movement both influential and controversial." —Howard Gardner, Hobbs Professor of Cognition and Education, Harvard Graduate School of Education

"Kudos to cultural historian Daniel Horowitz for comprehensively chronicling the emergence of positive psychology—'a cultural movement of tremendous reach and power.' Thanks to its impressive scholarship and lucid story-telling, Happier? is the go-to book for anyone seeking to understand the roots and fruits of modern happiness research." —David G. Myers, Professor of Psychology, Hope College; author of The Pursuit of Happiness: Who is Happy—and Why

"Daniel Horowitz has done a Herculean job of compiling an exhaustive history of the conceptualization and study of happiness, from the early 1940s through the present day. His work will gently lead the casual reader interested in happiness into the issues raised by our assumptions about its role in a life well-lived, while experts are sure to discover new sources and ideas to enrich their own thinking." —Julie K. Norem, Margaret Hamm Professor of Psychology, Wellesley College; author of The Positive Power of Negative Thinking 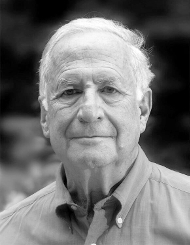 Daniel Horowitz is the Mary Huggins Gamble Foundation Chair and Professor of American Studies Emeritus at Smith College. He is a historian whose work focused on the history of consumer culture and social criticism in the U.S. during the 20th century. He has received fellowships from the National Endowment for the Humanities, and the John Simon Guggenheim Memorial Foundation. Among his publications are a biography of Betty Friedan and three books on how American and European writers, from the 1830s to the late twentieth century wrestled with the consequences of affluence.