The End of Money:
Counterfeiters, Preachers, Techies, Dreamers and the Coming Cashless Society

Harvard Book Store is pleased to welcome Wired contributing editor DAVID WOLMAN for a discussion of his new book, The End of Money: Counterfeiters, Preachers, Techies, Dreamers and the Coming Cashless Society.

For ages, money has meant little metal disks and rectangular slips of paper. Yet the usefulness of physical money—to say nothing of its value—is coming under fire as never before. Intrigued by the distinct possibility that cash will soon disappear, author and Wired contributing editor David Wolman sets out to investigate the future of money…and how it will affect your wallet.  Wolman begins his journey by deciding to shun cash for an entire year—a surprisingly successful experiment (with a couple of notable exceptions). He then ventures forth to find people and technologies that illuminate the road ahead.

In Honolulu, he drinks Mai Tais with Bernard von NotHaus, a convicted counterfeiter and alternative-currency evangelist whom government prosecutors have labeled a domestic terrorist. In Tokyo, he sneaks a peek at the latest anti-counterfeiting wizardry, while puzzling over the fact that banknote forgers depend on society's addiction to cash. In a downtrodden Oregon town, he mingles with obsessive coin collectors—the people who are supposed to love cash the most, yet don't. And in rural Georgia, he examines why some people feel the end of cash is Armageddon’s warm-up act. After stops at the Digital Money Forum in London and Iceland’s central bank, Wolman flies to Delhi, where he sees first-hand how cash penalizes the poor more than anyone—and how mobile technologies promise to change that.

Told with verve and wit, The End of Money explores an aspect of our daily lives so fundamental that we rarely stop to think about it. You’ll never look at a dollar bill the same again. 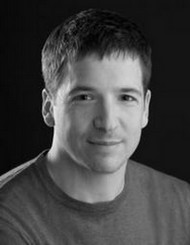 David Wolman is a contributing editor at Wired. He has also written for such publications as Outside, Mother Jones, Newsweek, Discover, Forbes, New Scientist, and Salon, and his work appeared in Best American Science Writing 2009.  A former Fulbright journalism fellow in Japan and graduate of Stanford University's journalism program, he now lives in Portland, Oregon, where he received a 2011 Oregon Arts Commission Individual Artist Fellowship.