To Shape a New World:
Essays on the Political Philosophy of Martin Luther King, Jr.

This discussion will feature Fifty Years Since MLK, the latest Boston Review issue, edited by Brandon M. Terry; and To Shape a New World: Essays on the Political Philosophy of Martin Luther King, Jr. from Harvard University Press, edited by Tommie Shelby and Brandon M. Terry.

Seating is limited and will be available on a first come, first served basis. Seating will begin at 6pm.

About Fifty Years Since MLK

Since his death on April 4, 1968, Martin Luther King's legacy has influenced generations of activism. Edited and with a lead essay by Brandon Terry, this volume explores what this legacy can and cannot do for activism in the present.

King spent the months leading up to his death organizing demonstrations against the Vietnam War and planning the Poor People's Campaign, a "multiracial army of the poor" that would march on Washington in pursuit of economic justice. Thus the spring of 1968 represented a hopeful albeit chaotic set of possibilities; King, along with countless other activists, offered both ethical and strategic solutions to the multifaceted problems of war, racism, and economic inequality. With a critical eye on both the past and present, this collection of essays explores that moment of promise, and how, in the fifty years since King's death, historical forces have shaped what we claim as a usable past in fighting the injustices of our time.

About To Shape a New World

Martin Luther King, Jr., may be America’s most revered political figure, commemorated in statues, celebrations, and street names around the world. On the fiftieth anniversary of King’s assassination, the man and his activism are as close to public consciousness as ever. But despite his stature, the significance of King’s writings and political thought remains underappreciated.

In To Shape a New World, Tommie Shelby and Brandon Terry write that the marginalization of King’s ideas reflects a romantic, consensus history that renders the civil rights movement inherently conservative―an effort not at radical reform but at “living up to” enduring ideals laid down by the nation’s founders. On this view, King marshaled lofty rhetoric to help redeem the ideas of universal (white) heroes but produced little original thought. This failure to engage deeply and honestly with King’s writings allows him to be conscripted into political projects he would not endorse, including the pernicious form of “color blindness” that insists, amid glaring race-based injustice, that racism has been overcome. 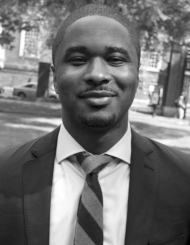 Brandon M. Terry is Assistant Professor of African and African American Studies and Social Studies at Harvard University. He has written or provided commentary for NPR, WGBH, The Huffington Post, The Baltimore Sun, The Point, The Nation, Time, MTV News, Boston Review, and more. 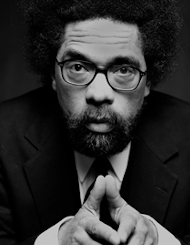 Cornel West is a prominent and provocative democratic intellectual. He is Professor of the Practice of Public Philosophy at Harvard University and holds the title of Professor Emeritus at Princeton University. He has also taught at Union Theological Seminary, Yale, and the University of Paris. 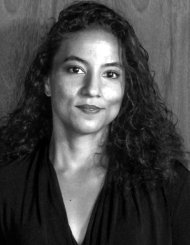 Elizabeth Hinton is professor of History, African American Studies, and Law at Yale. She is the author of From the War on Poverty to the War on Crime: The Making of Mass Incarceration in America. 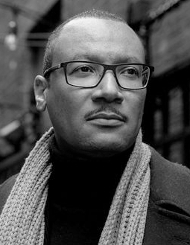 Tommie Shelby holds a joint appointment with the Department of African and African American Studies. He received his B.A. from Florida A & M University and Ph.D. from the University of Pittsburgh. Prior to coming to Harvard in 2000, he taught philosophy at Ohio State University. His main areas of research and teaching are African American philosophy, social and political philosophy, social theory (especially Marxist theory), and philosophy of social science. Professor Shelby is the author of We Who Are Dark: The Philosophical Foundations of Black Solidarity and coeditor of Hip Hop and Philosophy: Rhyme 2 Reason.