The Dressmaker of Khair Khana:
Five Sisters, One Remarkable Family, and the Woman Who Risked Everything to Keep Them Safe

Harvard Book Store and Bpeace are very pleased to welcome journalist and women's entrepreneurship activist GAYLE TZEMACH LEMMON as she discusses her first book The Dressmaker of Khair Khana: Five Sisters, One Remarkable Family, and the Woman Who Risked Everything to Keep Them Safe, with an introduction from Bpeace board director MARY AZZARTO CIAMPA.

The life Kamila Sidiqi had known changed overnight when the Taliban seized control of the city of Kabul. After receiving a teaching degree during the civil war—a rare achievement for any Afghan woman—Kamila was subsequently banned from school and confined to her home. When her father and brother were forced to flee the city, Kamila became the sole breadwinner for her five siblings. Armed only with grit and determination, she picked up a needle and thread and created a thriving business of her own.

The Dressmaker of Khair Khana tells story of this unlikely entrepreneur who mobilized her community under the Taliban. Former ABC News reporter Gayle Tzemach Lemmon spent years on the ground reporting Kamila's story, and the result is an unusually intimate and unsanitized look at the daily lives of women in Afghanistan. These women are not victims; they are the glue that holds families together; they are the backbone and the heart of their nation. 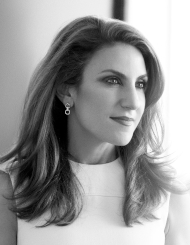 Gayle Tzemach Lemmon is the author of the New York Times bestsellers The Daughters of Kobani, Ashley's War, and The Dressmaker of Khair Khana, and an adjunct senior fellow at the Council on Foreign Relations. She regularly appears on CNN, PBS, MSNBC, and NPR, and she has spoken on national security topics at the Aspen Security Forum, Clinton Global Initiative, and TED. A graduate of Harvard Business School, she serves on the board of Mercy Corps and is a member of the Bretton Woods Committee.

Mary Azzarto Ciampa has worked primarily with companies in their startup phases, helping them build their businesses with new product and service opportunities. Most recently she helped to develop the brand identity and positioning strategy for Isabella Products and its first consumer electronics product.