Out of Oz: The Final Volume in the Wicked Years

The Wicked Years series—a sophisticated fantasy cycle inspired by the classic children’s novel The Wizard of Oz—became national bestsellers and the basis for a hit Tony-winning Broadway musical. Now, Maguire returns with the final installment in his transformative work, a thrilling and compulsively readable saga in which the fate of Oz is decided at last.

Once peaceful and prosperous, the spectacular Land of Oz is knotted with social unrest: The Emerald City is mounting an invasion of Munchkinland, Glinda is under house arrest, and the Cowardly Lion is on the run from the law. And look who’s knocking at the door. It’s none other than Dorothy. Yes. That Dorothy.

Yet amidst all this chaos, Elphaba’s granddaughter, the tiny green baby born at the close of Son of a Witch, has come of age. Now it is up to Rain to take up her broom—and her legacy—in an Oz wracked by war.

The stirring, long-awaited conclusion to the bestselling series begun with Wicked, Out of Oz is a truly magical journey. 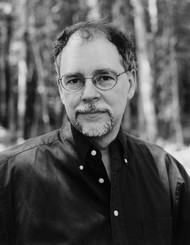 Gregory Maguire received his Ph.D. in English and American Literature from Tufts University. His work as a consultant in creative writing for children has taken him to speaking engagements across the United States and abroad. He is a founder and codirector of Children's Literature New England, Incorporated, a non-profit educational charity established in 1987. He is the author of the novels Wicked: The Life and Times of the Wicked Witch of the West, Confessions of an Ugly Stepsister, and many other novels for adults and children. Mr. Maguire is also a contributor to Am I Blue?: Coming Out From the Silence, a collection of short stories for gay and lesbian teenagers.