The Doors:
A Lifetime of Listening to Five Mean Years

with an introduction by WERNER SOLLORS

Harvard Book Store is very pleased to welcome music journalist and cultural critic GREIL MARCUS for a discussion of his newest book, The Doors: A Lifetime of Listening to Five Mean Years.

A fan from the moment the Doors' first album took over KMPX, the revolutionary FM rock & roll station in San Francisco, Greil Marcus saw the band many times at the legendary Fillmore Auditorium and the Avalon Ballroom in 1967. Five years later it was all over. Forty years after the singer Jim Morrison was found dead in Paris and the group disbanded, one could drive from here to there, changing from one FM pop station to another, and be all but guaranteed to hear two, three, four Doors songs in an hour — every hour. Whatever the demands in the music, they remained unsatisfied, in the largest sense unfinished, and absolutely alive. There have been many books on the Doors. This is the first to bypass their myth, their mystique, and the death cult of both Jim Morrison and the era he was made to personify, and focus solely on the music. It is a story untold; all these years later, it is a new story.

"Music critic Marcus offers a relentlessly beautiful and insightful evaluation of the music of the Doors ... but also a complete rethinking of the Doors’ work as an entire story that captures the 1960s as 'a place, even as it is created, people know they can never really inhabit, and never escape'.... He contrasts a fascinating range of official and bootleg live recordings of such hit singles as “Touch Me” to show that by 1970 'a war between the band and its audience was underway, a war whose weapon were contempt on both sides.' This is an impressive tribute." —Publishers Weekly 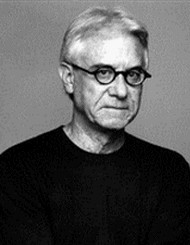 Greil Marcus is the author of Bob Dylan by Greil Marcus, When that Rough God Goes Riding, The Shape of Things to Come, Mystery Train, Dead Elvis, In the Fascist Bathroom, Double Trouble, Like a Rolling Stone, and The Old Weird America; a twentieth anniversary edition of his book Lipstick Traces was published in 2009. Together with Werner Sollors, he is the editor of A New Literary History of America, published last year by Harvard University Press. Since 2000 he has taught at Princeton, Berkeley, Minnesota, and the New School in New York; his column “Real Life Rock Top 10” appears regularly in The Believer. He has lectured at U Cal, Berkeley, The Whitney Museum of Art, and Princeton University.