Crashing the Party:
From the Bernie Sanders Campaign to a Progressive Movement

in conversation with MIKE CONNOLLY

Harvard Book Store, Mass Humanities, and Our Revolution welcome HEATHER GAUTNEY—Bernie Sanders campaign advisor and Fordham University associate professor—for a discussion of her latest book, Crashing the Party: From the Bernie Sanders Campaign to a Progressive Movement. She will be joined by Massachusetts State Representative MIKE CONNOLLY.

About Crashing the Party

Senator Bernie Sanders shocked the political establishment by winning 13 million votes and a majority of young voters in the 2016 Democratic primary. He emerged from the contest against Hillary Clinton as the most popular politician in the US, despite being a 75-year-old self-professed “democratic socialist.” What lessons can be drawn from this surprising but—in the end—losing campaign?

Vermont resident Heather Gautney was a legislative fellow in Sanders’s Washington office and researcher and organizer for his presidential campaign. The author and editor of several books on social movements and American politics, she brings her academic expertise and left politics to bear on the scenes and conflicts she witnessed during the campaign. In reviewing what enabled Sanders to reach out to an unprecedented number of people with a socialist message—and what stalled his progress and radical punch—she draws lessons about the prospects and perils of building a leftist movement in the United States. Gautney’s reflections on the role that race and class played in this election cycle and analysis of where Democrats stand following Trump’s victory will serve as a useful starting point for many newly aware of the limitations of the Democratic party and the challenges ahead.

"Of all the books analyzing what happened in 2016, Heather Gautney’s is unique in its use of a movement lens. For movement builders, there are many critical lessons here about striking the balance between candidates, issues, and deeper organizing.” —Larry Cohen, Board Chair of Our Revolution and former President of the Communication Workers of America

"This is the powerful and insightful book we have been waiting for on the historic Bernie Sanders presidential campaign. Heather Gautney provides the most sophisticated and subtle analysis of the most significant progressive insurgency within the decrepit electoral political system of the U.S.A. Don’t miss it!” —Cornel West, author of Race Matters 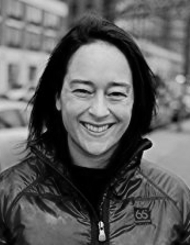 Heather Gautney was a policy fellow in Bernie Sanders’s Washington DC office and a volunteer researcher and organizer on his presidential campaign. She is an associate professor of sociology at Fordham University and the author of Protest and Organization in the Alternative Globalization Era. 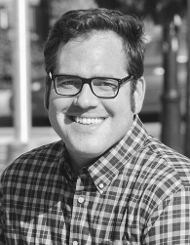 Mike Connolly is an attorney, activist, and progressive politician. He currently serves as State Representative for 26th Middlesex District in Somerville and Cambridge, Massachusetts.

Co-Sponsored by Our Revolution


Our Revolution will reclaim democracy for the working people of our country by harnessing the transformative energy of the “political revolution.” Our Revolution has three intertwined goals: to revitalize American democracy, empower progressive leaders and elevate the political consciousness. Learn more here.