Stony the Road:
Reconstruction, White Supremacy, and the Rise of Jim Crow

in conversation with ERIC FONER

Tickets for this event are sold out. Please note, we are often able to accommodate additional attendees from a standby line for sold out events. View our Sold Out Event FAQ for more information.

This event was rescheduled from Thursday, April 11th. We apologize for any inconvenience. Any ticket holders unable to attend the rescheduled date should email info@harvard.com for a refund.

About Stony the Road

The abolition of slavery in the aftermath of the Civil War is a familiar story, as is the civil rights revolution that transformed the nation after World War II. But the century in between remains a mystery: if emancipation sparked "a new birth of freedom" in Lincoln's America, why was it necessary to march in Martin Luther King, Jr.'s America? In this new book, Henry Louis Gates, Jr., one of our leading chroniclers of the African-American experience, seeks to answer that question in a history that moves from the Reconstruction Era to the "nadir" of the African-American experience under Jim Crow, through to World War I and the Harlem Renaissance.

Through his close reading of the visual culture of this tragic era, Gates reveals the many faces of Jim Crow and how, together, they reinforced a stark color line between white and black Americans. Bringing a lifetime of wisdom to bear as a scholar, filmmaker, and public intellectual, Gates uncovers the roots of structural racism in our own time, while showing how African Americans after slavery combatted it by articulating a vision of a "New Negro" to force the nation to recognize their humanity and unique contributions to America as it hurtled toward the modern age.

The story Gates tells begins with great hope, with the Emancipation Proclamation, Union victory, and the liberation of nearly 4 million enslaved African-Americans. Until 1877, the federal government, goaded by the activism of Frederick Douglass and many others, tried at various turns to sustain their new rights. But the terror unleashed by white paramilitary groups in the former Confederacy, combined with deteriorating economic conditions and a loss of Northern will, restored "home rule" to the South. The retreat from Reconstruction was followed by one of the most violent periods in our history, with thousands of black people murdered or lynched and many more afflicted by the degrading impositions of Jim Crow segregation.

An essential tour through one of America's fundamental historical tragedies, Stony the Road is also a story of heroic resistance, as figures such as W. E. B. Du Bois and Ida B. Wells fought to create a counter-narrative, and culture, inside the lion's mouth. As sobering as this tale is, it also has within it the inspiration that comes with encountering the hopes our ancestors advanced against the longest odds.

“In Stony the Road, Gates demonstrates his chops as a lyrical narrative historian. He surveys an era full of pain and loss but also human persistence and astonishing cultural renewal in African American life. . . . [T]his is a work that shows that good history can also rise up as a redemption song when we know the facts of what happened and why and how people endure, thrive and create their own new worlds.” —David W. Blight, author of Frederick Douglass: Prophet of Freedom

“In this insightful, provocative book, Henry Louis Gates, Jr., reminds us how the hopes inspired by emancipation and Reconstruction were dashed by a racist backlash, and how a new system of inequality found cultural expression in Lost Cause mythology and degrading visual images of African Americans. With debate raging over how we should remember the Confederacy, and basic rights again under threat, this unflinching look at our history could not be more timely.” —Eric Foner, author of Reconstruction: America's Unfinished Revolution

“How does white supremacy work? What does it look like? In this piercing, haunting study, Henry Louis Gates, Jr., chronicles an American tragedy, the story of how white supremacy and Jim Crow became the South’s—and white America’s—brutal answer to Emancipation and Reconstruction. Who has best dismantled white supremacy, and how? Gates tells those powerful stories, too, from Frederick Douglass to Ida B. Wells to W. E. B. DuBois, through generations of New Negroes, and New, New Negroes, battling back, in struggles not yet ended.” —Jill Lepore, author of These Truths: A History of the United States 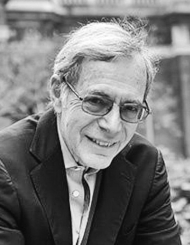 Eric Foner is the DeWitt Clinton Professor Emeritus of History at Columbia University. He is one of only two persons to serve as President of the Organization of American Historians, American Historical Association, and Society of American Historians. He has also been the curator of several museum exhibitions, including the prize-winning "A House Divided: America in the Age of Lincoln," at the Chicago Historical Society. His book The Fiery Trial: Abraham Lincoln and American Slavery won the Pulitzer Prize in History, the Bancroft Prize, and the Lincoln Prize in 2011. His latest book is Gateway to Freedom: The Hidden History of the Underground Railroad.