featuring a discussion on computer-generated literature with

Harvard Book Store welcomes JOHN CAYLEY, LIZA DALY, NICK MONTFORT, and ALLISON PARRISH for a discussion of their respective books: Image Generation, Seraphs: A Procedurally Generated Mysterious Codex, The Truelist, and Articulations. Computer-generated poetry and fiction has been imagined for decades, even centuries. In recent years, this sort of literary art has not only been produced; it has been edited, typeset, and printed. "Author Function" is also a Rotch Library Exhibit at MIT Libraries—a presentation of books, chapbooks, broadsides, and other printed matter from the collection of Professor Montfort. Learn more here.

Image Generation contains original and generated writing and language art making compositional use of computation and the network. Johanna Drucker writes: "critical insight about process moves through the depths and shallows of personal imagery here, pulling insight to the surface of attention, like a figure always in/on moving water, shifting even as we apprehend it . . . this is not a book about technology, rather, it is a work conceived within the multiple mediations of how, now, poetic forms come into being within 'the commons of language.'" Learn more here.

Seraphs is a 50,000+ word project based on the mysterious Voynich Manuscript—an untranslated (and probably untranslatable) codex written around the 16th century—and on the 2014 National Novel Generation Month. It utilizes resources such as Flickr API, the Internet Archive Commons, and a set of themed "folios" based on the themes from the original manuscript. Learn more here.

The Truelist is a book-length poem generated by a one-page, stand-alone computer program. Based on compound words, some more conventional, some quite unusual, the poem invites the reader to imagine moving through a strange landscape that seems to arise from the English language itself. The unusual compounds are open to being understood differently by each reader, given that person’s cultural and individual background. Learn more here.

Articulations consists of poems output by a computer program that extracts linguistic features from over two million lines of public domain poetry, then traces fluid paths between the lines based on their similarities. By turns propulsive and meditative, the poems demonstrate an intuitive coherence found outside the bounds of intentional semantic constraints. Learn more here. 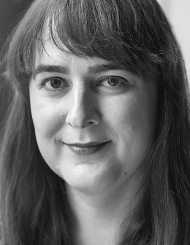 Allison Parrish is a computer programmer, poet, and game designer. Named "Best Maker of Poetry Bots" by the Village Voice in 2016, her computer-generated poetry has recently been published in Ninth Letter and Vetch. She is the author of @Everyword: The Book (Instar, 2015), which collects the output of her popular long-term automated writing project that tweeted every word in the English language. Allison is a professor at New York University's Interactive Telecommunications Program and lives in Brooklyn. 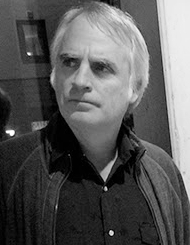 John Cayley has practiced as a poet, translator, publisher, and bookdealer, and all these activities have been influenced by his training in Chinese language and culture. He is the winner of an Electronic Literature Organization's inaugural Award for Poetry. In 2015 Cayley published Image Generation, bringing together original 'supply' texts and works composed from generated poetic language. His recent work at Brown University has investigated ambient poetics in programmable media and writing for immersive stereo 3D audiovisual environments. Find out more on his personal website: http://programmatology.shadoof.net. 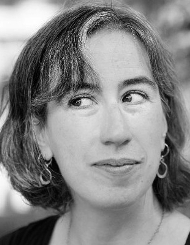 Liza Daly currently works as a staff engineer with the Democratic National Committee. Formerly she was CTO at Safari, and prior to that, founded a digital publishing company called Threepress, which Safari acquired. Her personal projects revolve around machine-generated art, interactive narrative, and digital publishing. Her work centers on playful ways in which machines can augment human creativity, whether it’s in writing poetry, synthesizing photography, appreciating art history or providing new ways to tell stories. 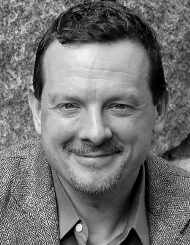 Nick Montfort is the author or editor of fifteen books, including books of poetry, several collaborations, and several artist's books. Five of his previous books are of computer-generated poetry and include The Truliest (Counterpath Press, 2017), #! (Counterpath Press, 2014), 2x6 (a multi-lingual collaboration, Les Figues, 2016), and Autopia (Troll Thread, 2016). He is a professor of digital media at MIT and lives in New York and Boston.