Paper Cadavers:
The Archives of Dictatorship in Guatemala

Harvard Book Store welcomes Assistant Professor of History at Harvard University KIRSTEN WELD for a discussion of her book Paper Cadavers: The Archives of Dictatorship in Guatemala.

In Paper Cadavers, an inside account of the astonishing discovery and rescue of Guatemala's secret police archives, Kirsten Weld probes the politics of memory, the wages of the Cold War, and the stakes of historical knowledge production. After Guatemala's bloody thirty-six years of civil war (1960–1996), silence and impunity reigned. That is, until 2005, when human rights investigators stumbled on the archives of the country's National Police, which, at 75 million pages, proved to be the largest trove of secret state records ever found in Latin America.

The unearthing of the archives renewed fierce debates about history, memory, and justice. In Paper Cadavers, Weld explores Guatemala's struggles to manage this avalanche of evidence of past war crimes, providing a firsthand look at how postwar justice activists worked to reconfigure terror archives into implements of social change. Tracing the history of the police files as they were transformed from weapons of counterinsurgency into tools for post-conflict reckoning, Weld sheds light on the country's fraught transition from war to an uneasy peace, reflecting on how societies forget and remember political violence.

"Kirsten Weld should have a theorem named after her. Call it Weld's Paradox: the more a state engages in surgical, almost microscopic surveillance of its citizens—which, one would think, would limit the amount of actual violence that is needed to maintain control—the more likely it is to perpetuate indiscriminate, scattershot mass terror. By following the team of archivists working through the more than 75,000,000 documents found in Guatemala's recently discovered police archives, Weld, in her methodologically innovative and brilliantly conceived Paper Cadavers, provides an unparalleled look into the paperwork of state repression and the forensics of justice. In so doing, Weld provides crucial historiographical grounding to much of the airy theorizing concerning the relationship of knowledge to power, or, better, ink to blood." —Greg Grandin, author of The Blood of Guatemala: A History of Race and Nation and coeditor of The Guatemala Reader: History, Culture, Politics 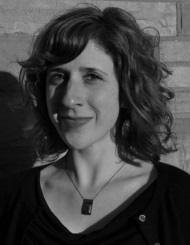 Kirsten Weld is an historian of modern Latin America, focusing primarily on 20th-century Central America, Mexico, and the Southern Cone. Her research centers on the political and cultural history of revolutionary and counterrevolutionary movements in the Americas, with special attention to the region's long Cold War and its aftermath, as well as on the politics of historical and archival knowledge production. She will be on leave for the 2014-2015 academic year as a Fellow of the American Council of Learned Societies.