The Other Americans:
A Novel

in conversation with MIN JIN LEE

Harvard Book Store welcomes acclaimed writer LAILA LALAMI—author of Pulitzer Prize–finalist The Moor's Account—for a discussion of her new novel, The Other Americans. She will be joined in conversation by MIN JIN LEE, author of the celebrated National Book Award–finalist Pachinko.

About The Other Americans

Late one spring night, Driss Guerraoui, a Moroccan immigrant in California, is walking across a darkened intersection when he is killed by a speeding car. The repercussions of his death bring together a diverse cast of characters: Guerraoui's daughter Nora, a jazz composer who returns to the small town in the Mojave she thought she'd left for good; his widow Maryam, who still pines after her life in the old country; Efrain, an undocumented witness whose fear of deportation prevents him from coming forward; Jeremy, a former classmate of Nora's and a veteran of the Iraq war; Coleman, a detective who is slowly discovering her son's secrets; Anderson, a neighbor trying to reconnect with his family; and the murdered man himself.

As the characters tell their stories, the invisible connections that tie them together—even while they remain deeply divided by race, religion, or class—are slowly revealed. When the mystery of what happened to Driss Guerraoui unfolds, a family's secrets are exposed, a town's hypocrisies are faced, and love, in its messy and unpredictable forms, is born.

"Lalami is in thrilling command of her narrative gifts, reminding readers why The Moor's Account was a Pulitzer finalist . . . Nuanced characters drive this novel . . . Lalami expertly mines an American penchant for rendering the 'other.'" —Kirkus Reviews, starred review

“This deftly constructed account of a crime and its consequences shows up, in its quiet way, the pressures under which ordinary Americans of Muslim background have labored since the events of 9/11.” —J.M. Coetzee, winner of the Nobel Prize in Literature

“A writer of uncommon conviction and tremendous insight.” —Viet Thanh Nguyen, author of The Sympathizer 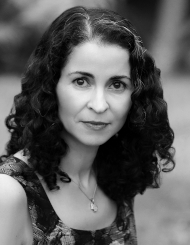 Laila Lalami is the author of Hope and Other Dangerous Pursuits; Secret Son; and The Moor's Account, which won the American Book Award, the Arab-American Book Award, the Hurston/Wright Legacy Award, and was a finalist for the Pulitzer Prize. Her essays have appeared in the Los Angeles Times, The Washington Post, The Nation, Harper's, The Guardian, and The New York Times. She is the recipient of a British Council Fellowship, a Fulbright Fellowship, and a Guggenheim Fellowship and is currently a professor of creative writing at the University of California at Riverside. 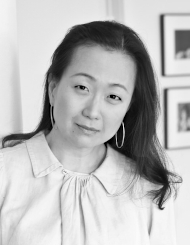 Min Jin Lee's novel Pachinko (2017) was a finalist for the National Book Award for Fiction, a runner-up for the Dayton Literary Peace Prize, winner of the Medici Book Club Prize, and a New York Times 10 Best Books of 2017. Lee’s debut novel Free Food for Millionaires (2007) was a Top 10 Books of the Year for The Times of London, NPR’s Fresh Air, USA Today, and a national bestseller. Her writings have appeared in The New Yorker, NPR’s Selected Shorts, One Story, the New York Review of Books, the New York Times Magazine, and many other places. She serves as a trustee of PEN America, a director of the Authors Guild and on the National Advisory Board of the Immigration Initiative at Harvard.