Hannah Versus the Tree:
A Novel

in conversation with JAMES SULLIVAN

Harvard Book Store and GrubStreet welcome acclaimed critic, translator, and professor LELAND DE LA DURANTAYE for a discussion of his debut novel, Hannah Versus the Tree. He will be joined in conversation by longtime contributor to the Boston Globe JAMES SULLIVAN.

About Hannah Versus the Tree

Hannah is a fiercely intelligent young woman, daughter of a powerful family's black sheep son, and raised to question who has been, is, and will be damaged by business deals meant to protect and maintain the dynasty. A devastating wrong is done to her when she opposes a family scheme and her response is a battle cry of astounding violence and beauty.

As haunting as Shelly Jackson or Thomas Bernhard, as enthralling as Nabokov or Joyce, Leland de la Durantaye's debut novel is a radical departure from contemporary storytelling. At once the story of a terrific act of vengeance and of a lifelong love, Hannah Versus the Tree presents a new literary genre, the mythopoetic thriller.

"Betrayal and vengeance have rarely been so elegantly rendered as in this searing novel. [Leland de la Durantaye] invokes Roman history and mythology to accompany an aristocratic, brutalized girl who is sacrificed by the family matriarch in a fatal flaw of judgment. The beautiful prose exposes and illumines the cost of underestimating an extraordinary girl." —Amy Hempel

"Hannah Versus the Tree is unlike anything I have ever read—thriller, myth, dream, and poem combined . . . Sometimes I thought I was reading the Chorus's part from a lost Greek tragedy, or perhaps an impossibly updated Beowulf. Written in an immaculate, lyrically charged, uncannily autonomous prose, this lovely novel is at once a modern story about money and politics and sexual violence, and an ancient fable of grievance and justice." —James Wood 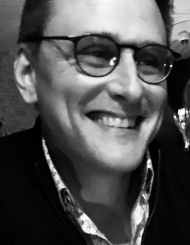 James Sullivan is a longtime contributor to the Boston Globe and is the author of five books, including, most recently, Which Side Are You On?: 20th Century American History in 100 Protest Songs. 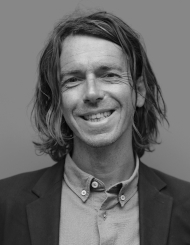 Leland de la Durantaye is a critic, translator, and professor. He taught at the École Normale Supérieure and at Harvard for many years and now lives in Los Angeles, where he is a professor of comparative literature at the Claremont Colleges. His journalism and criticism have appeared in the New York Times, The London Review of Books, Bookforum, Artforum, The Believer, Cabinet, and others. He is also a translator from French and Italian; his translation of the Jacques Jouet novel Upstaged (2011) was a finalist for the PEN Best Translated Book of the Year. Hannah Versus the Tree is his first novel.