In the house of Helios, god of the sun and mightiest of the Titans, a daughter is born. But Circe is a strange child—not powerful, like her father, nor viciously alluring like her mother. Turning to the world of mortals for companionship, she discovers that she does possess power—the power of witchcraft, which can transform rivals into monsters and menace the gods themselves.

Threatened, Zeus banishes her to a deserted island, where she hones her occult craft, tames wild beasts and crosses paths with many of the most famous figures in all of mythology, including the Minotaur, Daedalus and his doomed son Icarus, the murderous Medea, and, of course, wily Odysseus.

But there is danger, too, for a woman who stands alone, and Circe unwittingly draws the wrath of both men and gods, ultimately finding herself pitted against one of the most terrifying and vengeful of the Olympians. To protect what she loves most, Circe must summon all her strength and choose, once and for all, whether she belongs with the gods she is born from, or the mortals she has come to love.

With unforgettably vivid characters, mesmerizing language and page-turning suspense, Circe is a triumph of storytelling, an intoxicating epic of family rivalry, palace intrigue, love and loss, as well as a celebration of indomitable female strength in a man's world.

"One of the most amazing qualities of this novel [is]: We know how everything here turns out—we've known it for thousands of years—and yet in Miller's lush reimagining, the story feels harrowing and unexpected. The feminist light she shines on these events never distorts their original shape; it only illuminates details we hadn't noticed before." ―Ron Charles, Washington Post

"Miller's lush, gold-lit novel—told from the perspective of the witch whose name in Greek has echoes of a hawk and a weaver's shuttle—paints another picture: of a fierce goddess who, yes, turns men into pigs, but only because they deserve it." ―NPR.org

"Miller, with her academic bona fides and born instinct for storytelling, seamlessly grafts modern concepts of selfhood and independence to her mystical reveries of smoke and silver, nectar and bones." ―Entertainment Weekly 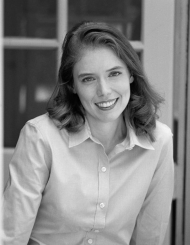