Harvard Book Store and GrubStreet welcome 2016 PEN Hemingway Award finalist MARGARET MALONE and debut author CHRIS MCCORMICK for a discussion of their books People Like You and Desert Boys: Fiction.

In this marvelously funny, unsettling, subtle, and moving collection of stories, the characters exist in the thick of everyday experience absent of epiphanies. The people are caught off-guard or cast adrift by personal impulses even while wide awake to their own imperfections. Each voice will win readers over completely and break hearts with each confused and conflicted decision that is made. Every story is beautifully controlled and provocatively alive to its own truth.

"A powerful debut by a writer of immense talent . . . stories that shimmer and burn with beauty and sorrow, generosity and wit . . . I love this book beyond measure.”  —Cheryl Strayed, author, Wild

This series of powerful, intertwining stories illuminates Daley Kushner's world—the family, friends and community that have both formed and constrained him, and his new life in San Francisco. Back home, the desert preys on those who cannot conform: an alfalfa farmer on the outskirts of town; two young girls whose curiosity leads to danger; a black politician who once served as his school's confederate mascot; Daley's mother, an immigrant from Armenia; and Daley himself, introspective and queer. Meanwhile, in another desert on the other side of the world, war threatens to fracture Daley's most meaningful—and most fraught—connection to home, his friendship with Robert Karinger.

A luminous debut, Desert Boys by Chris McCormick traces the development of towns into cities, of boys into men, and the haunting effects produced when the two transformations overlap. Both a bildungsroman and a portrait of a changing place, the book mines the terrain between the desire to escape and the hunger to belong.

“Desert Boys is hilarious, devious, original, and unforgettable; Chris McCormick writes with a joyful swerve and swagger that is all his own.” —Karen Russell, New York Times bestselling author of Vampires in the Lemon Grove 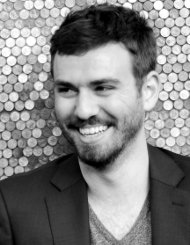 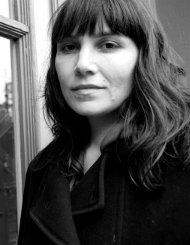 Margaret Malone is the author of the story collection People Like You (Atelier26 Books), Finalist for the 2016 PEN Hemingway Award and winner of the Balcones Fiction Prize. Her stories and essays can be found in The Missouri Review, Oregon Humanities, Swink, Propeller Quarterly and elsewhere. A former member of the Dangerous Writers workshop, she lives in Portland, Oregon where she is a co-host of the artist and literary gathering SHARE.