Newsroom Confidential:
Lessons (and Worries)
from an Ink-Stained Life

in conversation with JOAN DONOVAN

Harvard Book Store welcomes journalist and media columnist MARGARET SULLIVAN for a discussion of her new memoir Newsroom Confidential: Lessons (and Worries) from an Ink-Stained Life. She will be joined in conversation by JOAN DONOVAN—author and Research Director of the Harvard Kennedy School’s Shorenstein Center on Media, Politics and Public Policy.

Margaret Sullivan began her career at the Buffalo News, where she rose from summer intern to editor in chief. In Newsroom Confidential she chronicles her years in the trenches battling sexism and throwing elbows in a highly competitive newsroom. In 2012, Sullivan was appointed the public editor of The New York Times, the first woman to hold that important role. She was in the unique position of acting on behalf of readers to weigh the actions and reporting of the paper's staff, parsing potential lapses in judgment, unethical practices, and thorny journalistic issues. Sullivan recounts how she navigated the paper’s controversies, from Hillary Clinton's emails to Elon Musk's accusations of unfairness to the need for greater diversity in the newsroom. In 2016, having served the longest tenure of any public editor, Sullivan left for the Washington Post, where she had a front-row seat to the rise of Donald Trump in American media and politics.

With her celebrated mixture of charm, sharp-eyed observation, and nuanced criticism, Sullivan takes us behind the scenes of the nation's most influential news outlets to explore how Americans lost trust in the news and what it will take to regain it.

“Sullivan is a wise woman, a sagacious critic and columnist, whose perspective on our increasingly cacophonous media ecosystem is invaluable.” —Katie Couric

“It’s rare that a respected critic and columnist writes a dishy, fun book but when she does, it’s a must-read.” —Molly Jong-Fast, editor-at-large, The Daily Beast

“Her voice is engaging, her frankness refreshing, and her call to action well worth heeding.” —Leonard Downie Jr., former executive editor of The Washington Post 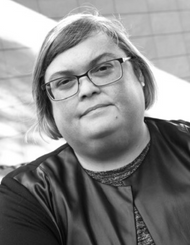 Dr. Joan Donovan is a leading public scholar and disinformation researcher, specializing in media manipulation, political movements, critical internet studies, and online extremism. She is the Research Director of the Harvard Kennedy School’s Shorenstein Center on Media, Politics and Public Policy and the Director of the Technology and Social Change project (TaSC). Dr. Donovan is co-author of the book Meme Wars: The Untold Story of the Online Battles Upending Democracy in America and her research can be found in several academic peer-reviewed journals. She is a columnist at MIT Technology Review, a regular contributor to the New York Times, The Guardian, NPR, and PBS, and is quoted often on radio and in print. 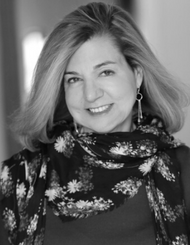 Margaret Sullivan is currently the media columnist for the Washington Post and has been a journalist for over four decades. She has served on four Pulitzer Prize juries and was a member of the Pulitzer Prize Board from 2011 to 2012. A faculty member of Duke University’s Sanford School of Public Policy, she has also taught journalism in the graduate schools at Columbia University and City University of New York. She was the first woman editor of her hometown paper, the Buffalo News, and she was also the first woman public editor of the New York Times. She is the author of Ghosting the News: Local Journalism and the Crisis of American Democracy. She lives in New York City.