in conversation with WILLIAM PIERCE

Esther, an American art conservator, has fled New York for London—partly to escape her failing marriage, partly to tend to her dying mother. On her first night there, she spots a young man returning home very late, wet and muddy, to the house next door. Their eyes connect and he disappears inside.

Throughout the spring, a tentative friendship blossoms, but when terrorists attack London’s tube and bus lines in July, Esther finds her relationship with Javad strained by her gnawing suspicions about Amir . . . suspicions that will ultimately upend the possibilities for the future, and reveal the deep stamp of the past.

Sweeping, suspenseful, and exquisitely written, Underground Fugue is a powerful testament to how human connection can survive history’s most fearsome echoes.

"Singer’s novel travels up and down the scale of sorrow, reflecting the musical and psychological connotations of her title . . . This haunting story.feels suspended in a murky state between memory and presence, happiness and despair.”—Ron Charles, The Washington Post

“Thrilling, tender, and dangerously seductive, Underground Fugue is an exhilarating journey into the perilous depths of London’s tunnels and the bewildering labyrinth of the human heart.” —Melanie Rae Thon, author of The Voice of the River 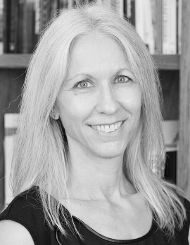 Margot Singer won the Flannery O’Connor Award for Short Fiction, the Reform Judaism Prize for Jewish Fiction, the Glasgow Prize for Emerging Writers, and an Honorable Mention for the PEN/Hemingway Award for her story collection, The Pale of Settlement. Her work has been featured on NPR and in The Kenyon Review, The Gettysburg Review, Agni, and Conjunctions, among other publications. She is a professor of English at Denison University in Granville, Ohio. Underground Fugue was one of Elle's "Most Anticipated Books by Women" of 2017. 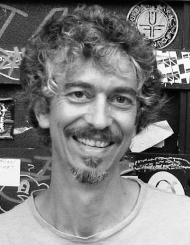 William Pierce is the author of Reality Hunger: On Karl Ove Knausgaard’s My Struggle. His fiction has appeared in Granta, Ecotone, and elsewhere. He is senior editor of the literary and cultural magazine AGNI.