Arts and Crafts Architecture:
History and Heritage in New England

Harvard Book Store and Mass Humanities welcome architectural historian MAUREEN MEISTER for a discussion of her latest book, Arts and Crafts Architecture: History and Heritage in New England, the first full-scale examination of the architecture associated with the Arts and Crafts movement that spread throughout New England at the turn of the twentieth century.

Among the personalities Meister will discuss are Charles Eliot Norton, Harvard's first art historian, and Langford Warren, who founded the architecture program at Harvard, today's Graduate School of Design. Among the architects she'll consider are Henry Hobson Richardson and A. W. Longfellow, Jr., whose buildings are located on the Harvard campus. Meister will venture beyond the grounds of Harvard to examine Cambridge buildings such as Longfellow's Romanesque City Hall, a house by Lois Lilley Howe, and the stunning Tudor apartment building on Dana Street, Burton Halls, designed by Newhall and Blevins.

Although interest in the Arts and Crafts movement has grown since the 1970s, the literature on New England has focused on craft production. Meister traces the history of the movement from its origins in mid-nineteenth-century England to its arrival in the United States and describes how Boston architects including H. H. Richardson embraced its tenets in the 1870s and 1880s. She then turns to the next generation of designers, examining buildings by twelve of the region’s most prominent architects, eleven men and a woman, who assumed leadership roles in the Society of Arts and Crafts, founded in Boston in 1897. Among them are Ralph Adams Cram, Lois Lilley Howe, Charles Maginnis, and H. Langford Warren. They promoted designs based on historical precedent and the region’s heritage while encouraging well-executed ornament. Meister also discusses revered cultural personalities who influenced the architects, notably Ralph Waldo Emerson and art historian Charles Eliot Norton, as well as contemporaries who shared their concerns, such as Louis Brandeis. Conservative though the architects were in the styles they favored, they also were forward-looking, blending Arts and Crafts values with Progressive Era idealism. Open to new materials and building types, they made lasting contributions, with many of their designs now landmarks honored in cities and towns across New England. 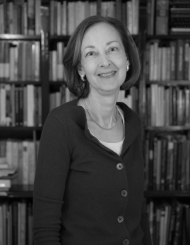 Maureen Meister is the author of Architecture and the Arts and Crafts Movement in Boston: Harvard's H. Langford Warren, and she was volume editor of H. H. Richardson: The Architect, His Peers, and Their Era. An architectural historian, she received her doctorate from Brown University and has devoted her career to teaching at area universities including Tufts, Lesley, and Northeastern.