Go-Go Live:
The Musical Life and Death of a Chocolate City

Harvard Book Store and the W. E. B. Du Bois Institute are pleased to welcome contributing editor to TheRoot.com NATALIE HOPKINSON for a discussion of her new book, Go-Go Live: The Musical Life and Death of a Chocolate City.

Go-go is the conga drum–inflected black popular music that emerged in Washington, D.C., during the 1970s. The guitarist Chuck Brown, the "Godfather of Go-Go," created the music by mixing sounds borrowed from church and the blues with the funk and flavor that he picked up playing for a local Latino band. Born in the inner city, amid the charred ruins of the 1968 race riots, go-go generated a distinct culture and an economy of independent, almost exclusively black-owned businesses that sold tickets to shows and recordings of live go-gos. At the peak of its popularity, in the 1980s, go-go could be heard around the capital every night of the week, on college campuses and in crumbling historic theaters, hole-in-the-wall nightclubs, backyards, and city parks.

Go-Go Live is a social history of black Washington told through its go-go music and culture. Encompassing dance moves, nightclubs, and fashion, as well as the voices of artists, fans, business owners, and politicians, Natalie Hopkinson's Washington-based narrative reflects the broader history of race in urban America in the second half of the twentieth century and the early twenty-first.

"Taking us into the little-studied terrain of go-go, the cousin of hip-hop born and bred in Washington, D.C.¸ Natalie Hopkinson reveals go-go as a lens for seeing, in stark colors, how the economy, politics, and especially the drug trade have traduced black communities around the world."—Henry Louis Gates Jr., Alphonse Fletcher University Professor, Harvard University 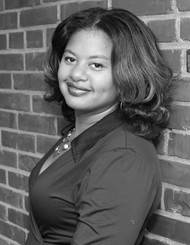 Natalie Hopkinson, a contributing editor of TheRoot.com, lectures at Georgetown University and directs the Future of the Arts and Society project as a fellow of the Interactivity Foundation. She is the author, with Natalie Y. Moore, of Deconstructing Tyrone: A New Look at Black Masculinity in the Hip-Hop Generation. A former writer and editor at the Washington Post, Hopkinson has contributed to the Wall Street Journal, the New York Times, and TheAtlantic.com and done commentary for NPR and the BBC.