Girl of My Dreams:
A Novel

Harvard Book Store welcomes Academy Award-winning documentarian and filmmaker PETER DAVIS for a reading from his book Girl of My Dreams, a sweeping novel of Hollywood in the 1930s that captures the essence of the Golden Age, when Hollywood became the global fantasy capital it remains today.

Screenwriter: The protagonist, Owen Jant, is a young screenwriter who comes of age in the 1930s at the intersection of Hollywood, the Depression, and the heyday of the Communist Party. At every turn, he is finding, and losing, his way.

Hollywood star: The glamorous Palmyra Millevoix—complex, gifted, mysterious—is a star more agitated than pleased by her fame. She could have been Grushenka, siren of the Karamazov saga, if she had not been a Hollywood star.

Studio mogul: Founder of Jubilee Pictures, Mossy Zangwill is not the last tycoon but the last of the old-style chieftains and first of the corporate moderns, clawing his way from a fatherless home in the Bronx to become by his midthirties a rival to the Warners and Mayers, reigning kings of Hollywood. He would resemble Gatsby if Gatsby had gone west.

Propelled by the suicide of an innocent victim of studio politics, Owen falls in wacky, unpromising love with Palmyra, who in turn is relentlessly pursued by Mossy, the autocratic studio head. The drawing and redrawing of the triangle between screenwriter, star, and tycoon—intense, devious, seductive, combative—frames the education of Owen Jant. The story has an epic sweep that encompasses the swagger and flash of 1930s Hollywood and the Great Depression’s plunder of the American dream.

The cast of characters, like the narrative, is expansive: Clark Gable, Marlene Dietrich, the Prince of Wales, Edward G. Robinson, and the gossip columnists Louella Parsons and Walter Winchell all show up. So do murder, riot, sex, conspiracy, and deception. In the shocking climax to Girl of My Dreams, Owen Jant himself, not without paying a high price, at last climbs the ladder to maturity.

In part, Girl of My Dreams is lurid, juicy, and scandal driven. In part, it paints, as Michael Chabon did in The Amazing Adventures of Kavalier & Clay, an American era in bold strokes. 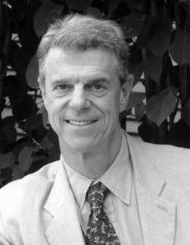 Peter Davis is an acclaimed author and filmmaker whose writing has won praise from Graham Greene, John Irving, Robert Stone, and William Styron. He covered the war in Iraq for the Nation and was a contributing editor for Esquire. He spent eighteen months traveling among the poorest Americans for If You Came This Way, the title of which is from a poem by T. S. Eliot. Davis’s films have won many prizes, and he received an Academy Award for his documentary on the Vietnam War, Hearts and Minds.