The British Are Coming:
The War for America, Lexington to Princeton, 1775–1777

Harvard Book Store welcomes Pulitzer Prize–winning military historian RICK ATKINSON—bestselling author of The Liberation Trilogy—for a discussion of his new book and the first volume of The Revolution Trilogy, The British Are Coming: The War for America, Lexington to Princeton, 1775–1777. This event is co-sponsored by Mass Humanities.

About The British Are Coming

Rick Atkinson, author of the Pulitzer Prize-winning An Army at Dawn and two other superb books about World War II, has long been admired for his deeply researched, stunningly vivid narrative histories. Now he turns his attention to a new war, and in the initial volume of the Revolution Trilogy, he recounts the first twenty-one months of America’s violent war for independence.

From the battles at Lexington and Concord in spring 1775 to those at Trenton and Princeton in winter 1777, American militiamen and then the ragged Continental Army take on the world’s most formidable fighting force. It is a gripping saga alive with astonishing characters: Henry Knox, the former bookseller with an uncanny understanding of artillery; Nathanael Greene, the blue-eyed bumpkin who becomes a brilliant battle captain; Benjamin Franklin, the self-made man who proves to be the wiliest of diplomats; George Washington, the commander in chief who learns the difficult art of leadership when the war seems all but lost. The story is also told from the British perspective, making the mortal conflict between the redcoats and the rebels all the more compelling.

Full of riveting details and untold stories, The British Are Coming is a tale of heroes and knaves, of sacrifice and blunder, of redemption and profound suffering. Rick Atkinson has given stirring new life to the first act of our country’s creation drama.

Praise for The British Are Coming

“This balanced, elegantly written, and massively researched volume is the first in a projected trilogy about the Revolutionary War. . . . Combining apt quotation (largely from correspondence) with flowing and precise original language, Atkinson describes military encounters that, though often unbearably grim, are evoked in vivid and image-laden terms. . . . Aided by fine and numerous maps, this is superb military and diplomatic history and represents storytelling on a grand scale.” ―Booklist, starred review

“Atkinson. . . is a longtime master of the set piece: soldiers move into place, usually not quite understanding why, and are put into motion against each other to bloody result…. A sturdy, swift-moving contribution to the popular literature of the American Revolution.” ―Kirkus, starred review

“This book is, in a word, fantastic. It offers all the qualities that we have come to expect from the author: deep and wide research, vivid detail, a blend of voices from common soldiers to commanders, blazing characterizations of the leading personalities within the conflict and a narrative that flows like a good novel. . . . The British Are Coming is a superb ode to the grit and everyday heroism that eventually won the war.” —BookPage, starred review 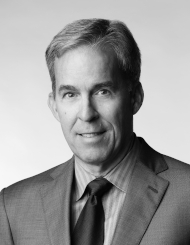 Rick Atkinson is a military historian and author of The British Are Coming, the first volume in the Revolution Trilogy. He is also author of the Liberation Trilogy about the World War II in the Mediterranean and Western Europe. The first volume of that series, An Army at Dawn: The War in North Africa, 1942-1943, received the Pulitzer Prize for history. Atkinson worked as a reporter, foreign correspondent, and senior editor for more than 20 years at the Washington Post. His earlier books include The Long Gray Line, Crusade, and In the Company of Soldiers. Among his many other awards are the 1982 Pulitzer Prize for national reporting and the 1999 Pulitzer Prize for public service.

Tickets are available online only at harvard.com and harvardbookstore.eventbrite.com. All tickets for this event include a $5 coupon for use in the bookstore. Pre-sale tickets include a copy of The British Are Coming. Books bundled with pre-sale tickets may only be picked up at the venue the night of the event, and cannot be picked up in-store beforehand.