in conversation with BRUCE GELLERMAN

Harvard Book Store, WBUR, and WorldBoston welcome journalist and Brandeis professor ROBERT KUTTNER for a discussion of his latest book, Can Democracy Survive Global Capitalism?. He will be joined in conversation by award-winning journalist BRUCE GELLERMAN.

Seating is limited and will be available on a first come, first served basis. Seating and elevator access to the Lecture Hall (located on level L2) will begin at 6pm. A 70-car underground parking garage with access from Broadway is available when the library is open.

About Can Democracy Survive Global Capitalism?

In the past few decades, the wages of most workers have stagnated, even as productivity increased. Social supports have been cut, while corporations have achieved record profits. Downward mobility has produced political backlash.

What is going on? Can Democracy Survive Global Capitalism? argues that neither trade nor immigration nor technological change is responsible for the harm to workers’ prospects. According to Robert Kuttner, global capitalism is to blame. By limiting workers’ rights, liberating bankers, allowing corporations to evade taxation, and preventing nations from assuring economic security, raw capitalism strikes at the very foundation of a healthy democracy.

The resurgence of predatory capitalism was not inevitable. After the Great Depression, the U.S. government harnessed capitalism to democracy. Under Roosevelt’s New Deal, labor unions were legalized, and capital regulated. Well into the 1950s and ’60s, the Western world combined a thriving economy with a secure and growing middle class.

Beginning in the 1970s, as deregulated capitalism regained the upper hand, elites began to dominate politics once again; policy reversals followed. The inequality and instability that ensued would eventually, in 2016, cause disillusioned voters to support far-right faux populism. Is today’s poisonous alliance of reckless finance and ultranationalism inevitable? Or can we find the political will to make capitalism serve democracy and not the other way around? Charting a plan for bold action based on political precedent, Can Democracy Survive Global Capitalism? is essential reading for anyone eager to reverse the decline of democracy in the West.

“Democracies govern nations, while global capitalism runs the world. Robert Kuttner provides a clear-eyed, intellectually riveting account of how the inevitable tensions between the two have fueled neofascist nationalism here and abroad, and why the response must be a new progressive populism rooted in democracy and social justice. Timely and compelling.” —Robert B. Reich, chancellor’s professor of public policy, University of California at Berkeley

“Conventional wisdom has it that our income disparities and dysfunctional politics are the consequence of inexorable and uncontrollable developments in technology, market competition, and globalization. As Robert Kuttner argues in this superb book, they are instead the result of our own policy choices.” —Dani Rodrik, Harvard University and author of Straight Talk on Trade

“Democracy is no longer writing the rules for capitalism; instead it is the other way around. With his deep insight and wide learning, Kuttner is among our best guides for understanding how we reached this point and what’s at stake if we stay on our current path.” —Heather McGhee, president of Demos 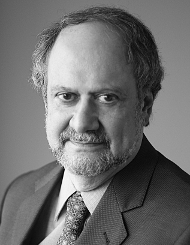 Robert Kuttner, cofounder and coeditor of the American Prospect, is a former columnist for BusinessWeek, the Washington Post, and the Boston Globe. He is the author of twelve books on the interplay of politics and economics. He holds the Ida and Meyer Kirstein Chair at Brandeis University and lives in Boston.

The mission of WorldBoston is to foster engagement in international affairs and cooperation with peoples of all nations. As globalization increasingly shapes every aspect of life on our planet, so does our Greater Boston region increasingly experience, and even help shape, these global trends. Learn more at www.worldboston.org