Maid:
Hard Work, Low Pay, and a Mother's Will to Survive

At 28, Stephanie Land’s plans of breaking free from the roots of her hometown in the Pacific Northwest to chase her dreams of attending a university and becoming a writer, were cut short when a summer fling turned into an unexpected pregnancy. She turned to housekeeping to make ends meet, and with a tenacious grip on her dream to provide her daughter the very best life possible, Stephanie worked days and took classes online to earn a college degree, and began to write relentlessly.

She wrote the true stories that weren’t being told: the stories of overworked and underpaid Americans. Of living on food stamps and WIC (Women, Infants, and Children) coupons to eat. Of the government programs that provided her housing, but that doubled as halfway houses. The aloof government employees who called her lucky for receiving assistance while she didn’t feel lucky at all. She wrote to remember the fight, to eventually cut through the deep-rooted stigmas of the working poor.

Maid explores the underbelly of upper-middle class America and the reality of what it’s like to be in service to them. “I’d become a nameless ghost,” Stephanie writes about her relationship with her clients, many of whom do not know her from any other cleaner, but who she learns plenty about. As she begins to discover more about her clients’ lives—their sadness and love, too—she begins to find hope in her own path.

Her compassionate, unflinching writing as a journalist gives voice to the “servant” worker, and those pursuing the American Dream from below the poverty line. Maid is Stephanie’s story, but it’s not her alone. It is an inspiring testament to the strength, determination, and ultimate triumph of the human spirit.

"What this book does well is illuminate the struggles of poverty and single-motherhood, the unrelenting frustration of having no safety net, the ways in which our society is systemically designed to keep impoverished people mired in poverty, the indignity of poverty by way of unmovable bureaucracy, and people's lousy attitudes toward poor people... Land's prose is vivid and engaging... [A] tightly-focused, well-written memoir... an incredibly worthwhile read." ―Roxane Gay, New York Times bestselling author of Bad Feminist and Hunger: A Memoir

"Marry the evocative first person narrative of Educated with the kind of social criticism seen in Nickel and Dimed and you'll get a sense of the remarkable book you hold in your hands. In Maid, Stephanie Land, a gifted storyteller with an eye for details you'll never forget, exposes what it's like to exist in America as a single mother, working herself sick cleaning our dirty toilets, one missed paycheck away from destitution. It's a perspective we seldom see represented firsthand—and one we so desperately need right now. Timely, urgent, and unforgettable, this is memoir at its very best." —Susannah Cahalan, New York Times bestselling author of Brain on Fire: My Month of Madness

"More than any book in recent memory, Land nails the sheer terror that comes with being poor, the exhausting vigilance of knowing that any misstep or twist of fate will push you deeper into the hole." ―The Boston Globe 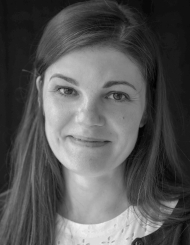 Stephanie Land‘s work has been featured in The New York Times, The Washington Post, The Guardian, Vox, Salon, and many other outlets. She focuses on social and economic justice as a writing fellow through both the Center for Community Change and the Economic Hardship Reporting Project.