Why Liberals Win the Culture Wars (Even When They Lose Elections):
A History of the Religious Battles That Define America from Jefferson's Heresies to Gay Marriage

Harvard Book Store and Mass Humanities welcome Boston University professor STEPHEN PROTHERO, bestselling author of Religious Literacy and God Is Not One, for a discussion of his latest book, Why Liberals Win the Culture Wars (Even When They Lose Elections): A History of the Religious Battles That Define America from Jefferson's Heresies to Gay Marriage.

In this timely, carefully reasoned social history of the United States, Stephen Prothero places today’s heated culture wars within the context of a centuries-long struggle of right versus left and religious versus secular to reveal how, ultimately, liberals always win.

Though they may seem to be dividing the country irreparably, today’s heated cultural and political battles between right and left, Progressives and Tea Party, religious and secular are far from unprecedented. In this engaging and important work, Stephen Prothero reframes the current debate, viewing it as the latest in a number of flashpoints that have shaped our national identity. Prothero takes us on a lively tour through time, bringing into focus the election of 1800, which pitted Calvinists and Federalists against Jeffersonians and “infidels;” the Protestants’ campaign against Catholics in the mid-nineteenth century; the anti-Mormon crusade of the Victorian era; the fundamentalist-modernist debates of the 1920s; the culture wars of the 1980s and 1990s; and the current crusade against Islam.

As Prothero makes clear, our culture wars have always been religious wars, progressing through the same stages of conservative reaction to liberal victory that eventually benefit all Americans. Drawing on his impressive depth of knowledge and detailed research, he explains how competing religious beliefs have continually molded our political, economic, and sociological discourse and reveals how the conflicts which separate us today, like those that came before, are actually the byproduct of our struggle to come to terms with inclusiveness and ideals of “Americanness.” To explore these battles, he reminds us, is to look into the soul of America—and perhaps find essential answers to the questions that beset us.

“Shows how culture-wars battles have been waged since the nation’s founding and have molded the national character and traditions . . . illuminating and absorbing.” —Publishers Weekly

“A timely social history that illustrates that the current conflicts are actually part of a much larger story. This book provides social, political, and historical context to the current culture wars and offers constructive and hopeful ideas for defueling the cycle, ideas that are pertinent to liberals and conservatives alike.” —Library Journal 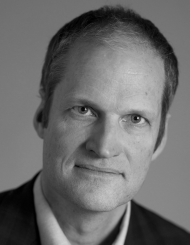 Stephen Prothero is the bestselling author of Religious Literacy and God Is Not One, and a professor of religion at Boston University. His work has been featured on the cover of Time magazine, The Oprah Winfrey Show, The Daily Show with Jon Stewart, The Colbert Report, National Public Radio, and other top national media outlets. He writes and reviews for the New York Times, The Wall Street Journal, Newsweek, The Boston Globe, The Washington Post, USA Today, Los Angeles Times, Salon, Slate, and other publications. He lives on Cape Cod with his family. www.stephenprothero.com