The Nightingale's Sonata:
The Musical Odyssey of Lea Luboshutz

About The Nightingale's Sonata

Spanning generations, from the shores of the Black Sea to the glittering concert halls of New York, The Nightingale's Sonata is a richly woven tapestry centered around violin virtuoso Lea Luboshutz. Like many poor Jews, music offered her an escape from the predjudices that dominated society in the last years of the Russian Empire. But Lea's dramatic rise as an artist was further accentuated by her scandalous relationship with the revolutionary Onissim Goldovsky.

As the world around them descends into chaos, between revolution and war, we follow Lea and her family from Russia to Europe and eventually, America. We cross paths with Pablo Casals, Isadora Duncan, Emile Zola and even Leo Tolstoy. The little girl from Odessa will eventually end up as one of the founding faculty of the prestigious Curtis Institute of Music, but along the way she will lose her true love, her father, and watch a son die young. The Iron Curtain will rise, but through it all, she plays on.

Woven throughout this luminous odyssey is the story is Cesar Franck's "Sonata for Violin and Piano." As Lea was one of the first-ever internationally recognized female violinists, it is fitting that this pioneer was one of the strongest advocates for this young boundary-pushing composer and his masterwork.

Praise for The Nightingale's Sonata

“As vibrant, elegant and absolutely compelling as its extraordinary chief protagonist. This stunning book combines a family saga rich with struggle, passion, several kinds of love, and a story of performance art on the highest level. A tale that will entrance and inspire.” —Nina Tumarkin, Kathryn W. Davis Professor of Slavic Studies, Wellesley College

“Beautifully and sensitively written, The Nightingale’s Sonata transcends the story of one family and enlightens the cultural history of our times.” —Loren Graham, MIT and Harvard University, author of Science and Philosophy in the Soviet Union

“A gripping ride from old Russia to the new world that also guides the reader into an even richer odyssey: the journey inward and the excavation of the universal resilience of the human spirit.” —Alexandra Silber, author of White Hot Grief Parade, star of the Chicago Shakespeare Company’s “A Midsummer Night’s Dream,” and Broadway singer 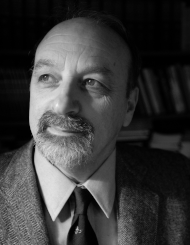 Thomas Wolf has had a distinguished career as musician, educator, consultant, author, and administrator. A member of the distinguished Luboshutz-Goldovsky Russian family of musicians, he has soloed with the Philadelphia Orchestra and is an accomplished flutist. He and his brother Andrew founded the Bay Chamber Concerts in Maine and he has served as the Executive Director of the New England Foundation for the Arts. He is currently a principal with the consulting firm WolfBrown, and his clients have included Carnegie Hall, the Kennedy Center, and the Boston Symphony. A graduate of Harvard University, he lives in Cambridge, Massachusetts.