Harvard Book Store welcomes award-winning writer and editor TINA BROWN—former editor-in-chief of Tatler, Vanity Fair, The New Yorker, and The Daily Beast—for a discussion of The Vanity Fair Diaries: 1983–1992. She will be joined in conversation by MEREDITH GOLDSTEIN, columnist and reporter for The Boston Globe.

About The Vanity Fair Diaries

Tina Brown kept delicious daily diaries throughout her eight spectacular years as editor-in-chief of Vanity Fair. Today they provide an incendiary portrait of the flash and dash and power brokering of the Excessive Eighties in New York and Hollywood.

The Vanity Fair Diaries is the story of an Englishwoman barely out of her twenties who arrives in New York City with a dream. Summoned from London in hopes that she can save Condé Nast's troubled new flagship Vanity Fair, Tina Brown is immediately plunged into the maelstrom of the competitive New York media world and the backstabbing rivalries at the court of the planet's slickest, most glamour-focused magazine company. She survives the politics, the intrigue, and the attempts to derail her by a simple stratagem: succeeding. In the face of rampant skepticism, she triumphantly reinvents a failing magazine.

Here are the inside stories of Vanity Fair scoops and covers that sold millions―the Reagan kiss, the meltdown of Princess Diana's marriage to Prince Charles, the sensational Annie Leibovitz cover of a gloriously pregnant, naked Demi Moore. In the diary's cinematic pages, the drama, the comedy, and the struggle of running an "it" magazine come to life. Brown's Vanity Fair Diaries is also a woman's journey, of making a home in a new country and of the deep bonds with her husband, their prematurely born son, and their daughter.

Astute, open-hearted, often riotously funny, Tina Brown's The Vanity Fair Diaries is a compulsively fascinating and intimate chronicle of a woman's life in a glittering era.

“Media insiders will gobble up Brown’s real-time descriptions of how she built the controversial but wildly successful ‘high-low’ mix at Vanity Fair. . . Her most intimate observations―about her marriage to fellow Brit editor Harry Evans; her concerns over their premature son, Georgie; the agony of watching talented young men die from AIDS―elevate these Diaries beyond a mere New Gilded Age chronicle. As a well-educated Englishwoman in New York, Brown shows a novelistic flair in her descriptions of people, especially those she encounters at endless dinner parties, among them Manhattan’s richest Trophy Wives. She could have called her book Bonfire of the Vanity Fair." ―Jocelyn McClurg, USA Today

“A mile a minute memoir I read like a parrot with my nails embedded in Pirate Tina’s shoulder- yelling ‘what??!!’ ‘What!?!! WOWZA!’ as she swashbuckles through the eighties, her sword slicing up the staid shibboleths of NY society. I remembered why I was afraid of her in those days. And why that energy & imagination, turned to making the world better, has galvanized so many of us now. A cultural catalyst, she makes things happen. Thank god she wrote it all down. Hang on. A wild ride.” ―Meryl Streep

“High, low, smart, sexy, Tina Brown’s The Vanity Fair Diaries is like the magazine she re-invented, a must-read for anyone interested in Hollywood, high-society, and the movers and shakers of pop culture.” ―Anderson Cooper

“It’s a brilliant, concretely realized social history as much as a fabulous odyssey and I read it in a mad frenzy.” ―Stephen Fry 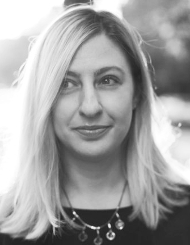 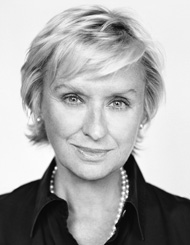 Tina Brown is an award-winning writer and editor and the founder of the Women in the World summit. Between 1979 and 2001, she was editor in chief of Tatler, Vanity Fair, and The New Yorker and she authored the 2007 bestselling biography of the Princess of Wales, The Diana Chronicles. In 2008 Brown launched The Daily Beast, and in 2010 launched Tina Brown Live Media to expand Women in the World internationally. She is married to editor, publisher, and historian Sir Harold Evans and lives in New York City.

All pre-sales tickets include a copy of The Vanity Fair Diaries, admission into the event, and a $5 coupon for use in the bookstore. Pre-sales tickets (online only) are available for two weeks, after which a $5 ticket option will also go on sale. Books bundled with pre-sale tickets may only be picked up at the venue the night of the event, and cannot be picked up in-store beforehand.