The Manningtree Witches:
A Novel

in conversation with MEGAN NOLAN

Harvard Book Store's virtual event series and GrubStreet welcome acclaimed poet A.K. BLAKEMORE for a discussion of her debut novel, The Manningtree Witches. She will be joined in conversation by MEGAN NOLAN, the acclaimed author of Acts of Desperation: A Novel.

While payment is not required, we are suggesting a $5 contribution to support this author series, our staff, and the future of Harvard Book Store—a locally owned, independently run Cambridge institution. In addition, by purchasing a copy of The Manningtree Witches on harvard.com, you support indie bookselling and the writing community during this difficult time.

About The Manningtree Witches

England, 1643. Puritanical fervor has gripped the nation. And in Manningtree, a town depleted of men since the wars began, the hot terror of damnation burns in the hearts of women left to their own devices.

Rebecca West, fatherless and husbandless, chafes against the drudgery of her days, livened only occasionally by her infatuation with the handsome young clerk John Edes. But then a newcomer, who identifies himself as the Witchfinder General, arrives. A mysterious, pious figure dressed from head to toe in black, Matthew Hopkins takes over the Thorn Inn and begins to ask questions about what the women on the margins of this diminished community are up to. Dangerous rumors of covens, pacts, and bodily wants have begun to hang over women like Rebecca—and the future is as frightening as it is thrilling.

Brimming with contemporary energy and resonance, The Manningtree Witches plunges its readers into the fever and menace of the English witch trials, where suspicion, mistrust, and betrayal run amok as a nation's arrogant male institutions start to realize that the very people they've suppressed for so long may be about to rise up and claim their freedom.

Praise for The Manningtree Witches

“The Manningtree Witches ventures into dark places, to be sure, but it carries a jewelled dagger. Blakemore is a poet, and readers given to underlining may find their pencils worn down to stubs . . . Such sharp wit and rich textures would be welcome in any setting, but here they form what seems a fitting tribute. The persecutors in this tale are given close scrutiny, but the book belongs to the persecuted. And on these pages, in all their ordinary glory, those women are at last allowed to live.” —Paraic O’Donnell, The Guardian

“In A.K. Blakemore’s dark, entrancing debut novel, there is something seductive about the small town of Manningtree, where women are left mostly alone as the men are off at war, and have their first tastes of freedom in their staunchly Puritanical society . . . Blakemore’s story is inspired by real events from 400 years ago (primary sources are sprinkled throughout), but the narrative feels vivid, current, propulsive—and all the more viscerally deranging for it.” —Kristin Iversen, Refinery29

“If you too like to be excited (and disturbed, and amused) by your sentences, I suggest you pick up this tensile first novel by poet A.K. Blakemore . . . I’m shivering just thinking about it, but never have I been so glad to be so upset!” —Emily Temple, Literary Hub 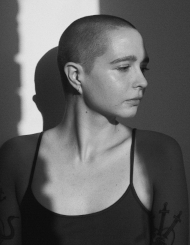 A.K. Blakemore is the author of two collections of poetry: Humbert Summer and Fondue. She has also translated the work of Sichuanese poet Yu Yoyo. Her poetry and prose writing have been widely published and anthologized, appearing in the London Review of Books, Poetry, The Poetry Review, and The White Review, among other publications. The Manningtree Witches is is her debut novel. She lives in London, England. 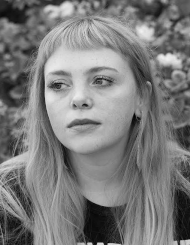 Megan Nolan was born in 1990 in Waterford, Ireland and is currently based in London. Her writing includes essays, fiction and reviews which have been published widely including in the New York Times, The White Review, The Sunday Times, The Village Voice, and The Guardian. She writes a fortnightly column for the New Statesman. Her debut novel Acts of Desperation was published in March 2021 by Jonathan Cape in the U.K. and by Little, Brown in the USA. It was an instant number one bestseller in Ireland and is currently being translated into eleven languages.