Harvard Book Store's virtual event series is thrilled to welcome acclaimed comic artists ANDREW AYDIN, L. FURY, and NATE POWELL for a discussion of Run: Book One, their highly anticipated follow-up to the National Book Award–winning March, co-authored with the late Congressman John Lewis. Their conversation will be moderated by JERRY CRAFT, author of the award-winning graphic novel, New Kid.

While payment is not required, we are suggesting a $5 contribution to support this author series, our staff, and the future of Harvard Book Store—a locally owned, independently run Cambridge institution. In addition, by purchasing a copy of Run on harvard.com, you support indie bookselling and the writing community during this difficult time.

The sequel to the #1 New York Times bestselling graphic novel series March—the continuation of the life story of John Lewis and the struggles seen across the United States after the Selma voting rights campaign.

To John Lewis, the civil rights movement came to an end with the signing of the Voting Rights Act in 1965. But that was after more than five years as one of the preeminent figures of the movement, leading sit-in protests and fighting segregation on interstate busways as an original Freedom Rider. It was after becoming chairman of SNCC (the Student Nonviolent Coordinating Committee) and being the youngest speaker at the March on Washington. It was after helping organize the Mississippi Freedom Summer and the ensuing delegate challenge at the 1964 Democratic National Convention. And after coleading the march from Selma to Montgomery on what became known as “Bloody Sunday.”

All too often, the depiction of history ends with a great victory. But John Lewis knew that victories are just the beginning. In Run: Book One, John Lewis and longtime collaborator Andrew Aydin reteam with Nate Powell—the award–winning illustrator of the March trilogy—and are joined by L. Fury—making an astonishing graphic novel debut—to tell this often overlooked chapter of civil rights history.

“This worthy successor to the late Congressman Lewis’s March graphic memoir trilogy picks up in the civil rights leader’s life during the 1960s counterculture revolution . . . This living history gives faces and voices to the legends of the civil rights era and connects their struggles to the present; the police brutality, voter suppression tactics, and segregationist politics of the 1960s are not so different from those Lewis was still making “good trouble” against at the time of his death in 2020. Lewis’s stunning American story and legacy lives on in these pages.” —Publishers Weekly

“The legacy of civil rights icon John Lewis lives on in Run: Book One.” —TIME

“This is a fantastic choice for classrooms… will speak powerfully to anyone trying to make sense of their own values in the face of wider movements and calls to action.” —Booklist 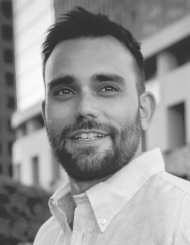 Andrew Aydin is an award-winning comics writer. He was the Digital Director and Policy Advisor to the late Georgia congressman John Lewis, and his co-author for March. He splits his time between Washington, D.C., and Hendersonville, NC. 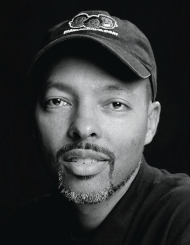 Jerry Craft is a New York Times bestselling author-illustrator who has worked on numerous picture books, graphic novels, and middle grade novels, including the Newbery award-winning graphic novel, New Kid. Jerry is the creator of Mama’s Boyz, an award-winning syndicated comic strip. He has won five African American Literary Awards and is a cofounder of the Schomburg Center’s Annual Black Comic Book Festival. He received his BFA from the School of Visual Arts and now lives in Connecticut. Visit him online at www.jerrycraft.com. 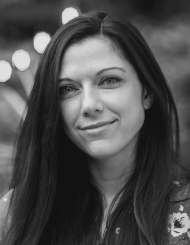 L. Fury is a lifelong resident of Houston, Texas. After a stint in the gaming industry and then marketing, she shifted her sights to long-form comics, illustrating the unreleased Double Barrel Shogun. Run is Fury’s first graphic novel. 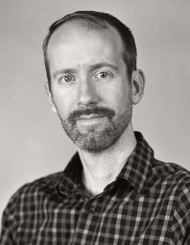