in conversation with DAVID REICH

Harvard Book Store, the Harvard University Division of Science, and the Harvard Library welcome CARLES LALUEZA-FOX—Research Professor at the Institute of Evolutionary Biology (IBE) in Barcelona, Spain—for a discussion of his latest book, Inequality: A Genetic History. He will be joined in conversation by DAVID REICH, Professor of Genetics and Human Evolutionary Biology at Harvard University.

While payment is not required, we are suggesting a $5 contribution to support this author series, our staff, and the future of Harvard Book Store—a locally owned, independently run Cambridge institution. In addition, by purchasing a copy of Inequality: A Genetic History on harvard.com, you support indie bookselling and the writing community during this difficult time.

About Inequality: A Genetic History

Inequality is an urgent global concern, with pundits, politicians, academics, and best-selling books all taking up its causes and consequences. In Inequality, Carles Lalueza-Fox offers an entirely new perspective on the subject, examining the genetic marks left by inequality on humans throughout history. Lalueza-Fox describes genetic studies, made possible by novel DNA sequencing technologies, that reveal layers of inequality in past societies, manifested in patterns of migration, social structures, and funerary practices. Through their DNA, ancient skeletons have much to tell us, yielding anonymous stories of inequality, bias, and suffering.

Lalueza-Fox, a leader in paleogenomics, offers the deep history of inequality. He explores the ancestral shifts associated with migration and describes the gender bias unearthed in these migrations—the brutal sexual asymmetries, for example, between male European explorers and the women of Latin America that are revealed by DNA analysis. He considers social structures, and the evidence that high social standing was inherited—the ancient world was not a meritocracy. He untangles social and genetic factors to consider whether wealth is an advantage in reproduction, showing why we are more likely to be descended from a king than a peasant. And he explores the effects of ancient inequality on the human gene pool. Marshaling a range of evidence, Lalueza-Fox shows that understanding past inequalities is key to understanding present ones.

Praise for Inequality: A Genetic History

“In this important and disturbing book, Lalueza-Fox shows that while our genes may not cause social, economic, and political inequality, they carry the evidence of millennia of human inequality and dominance: men over women, powerful over weak, technologically advanced over traditional.” —Patrick J. Geary, Professor Emeritus, Institute for Advanced Study

“Carles Lalueza-Fox’s extraordinary book highlights the most searing insight of the ancient DNA revolution: the fact that our human penchant for exploiting each other is inscribed in each of us biologically. From ancient DNA we obtain a vivid record of those who were less privileged—who did not write the histories but who did leave behind their DNA—and what we learn is how the inequities of our own time are nothing unusual, and instead are a fundamental aspect of our inheritance.” —David Reich, Harvard University; author of Who We Are and How We Got Here

“Concerns about inequality and its origins have come to the fore around the globe. Off-limits in many quarters is any discussion of genetic determination. In this book Carles Lalueza-Fox brings to life exciting new research on ancient DNA to understand the emergence of inequality in human societies over the millennia. It advances the discussion of the role of genes in inequality beyond the simplistic discussions so common in our time.” —James Heckman, 2000 Nobel Laureate in Economics; Professor of Economics, University of Chicago 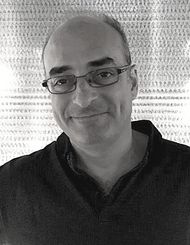 Carles Lalueza-Fox is a Research Professor at the Institute of Evolutionary Biology (IBE) in Barcelona (Spain), a joint CSIC and University Pompeu Fabra research centre. He is a leading scientist in paleogenetics and currently directs a lab specialised in the extraction of degraded DNA from a variety of sources and samples. He participated in the Neandertal Genome Project, under which the first draft genome sequence of this species was achieved. He also led the first retrieval of the genome of an 8,000 year-old European hunter-gatherer individual. Since then, he has contributed to many studies based on the retrieval of genomic data from prehistoric individuals, with a special focus on different archaeological horizons in Europe; this research has been published in several papers at high impact factor journals such as Nature and Science. He has received several awards for popular science books and for his research. 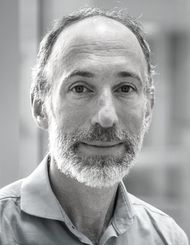 David Reich is a Professor of Genetics and Human Evolutionary Biology at Harvard, and an Investigator of the Howard Hughes Medical Institute. He received a Bachelor’s Degree in Physics from Harvard Colleage in 1996, a Ph.D. in Statistical Genetics from the University of Oxford in 1999, and carried out post-doctoral in medical and population genetics at MIT before starting as faculty at Harvard in 2003. He has received a number of awards including the 2017 Dan David Prize in Archaeology & Natural Sciences, the 2019 Wiley Prize in Biomedical Sciences and the 2020 Darwin-Wallace Award from the Linnaean Society of London (all joint with Svante Pääbo), the 2019 National Academy of Sciences Award in Molecular Biology, and the 2021 Massry Prize.