My Year Abroad:
A Novel

in conversation with NATHAN HILL

Harvard Book Store's virtual event series welcomes celebrated novelist CHANG-RAE LEE—author of A Native Speaker, On Such a Full Sea, and The Surrendered, named a finalist for the Pulitzer Prize—for a discussion of his latest novel, My Year Abroad. He will be joined in conversation by NATHAN HILL, author of the award-winning, bestselling novel The Nix.

While payment is not required, we are suggesting a $3 contribution to support this author series, our staff, and the future of Harvard Book Store—a locally owned, independently run Cambridge institution. In addition, by purchasing a copy of My Year Abroad on harvard.com, you support indie bookselling and the writing community during this difficult time.

About My Year Abroad

Tiller is an average American college student with a good heart but minimal aspirations. Pong Lou is a larger-than-life, wildly creative Chinese American entrepreneur who sees something intriguing in Tiller beyond his bored exterior and takes him under his wing. When Pong brings him along on a boisterous trip across Asia, Tiller is catapulted from ordinary young man to talented protégé, and pulled into a series of ever more extreme and eye-opening experiences that transform his view of the world, of Pong, and of himself.

In the breathtaking, “precise, elliptical prose” that Chang-rae Lee is known for (The New York Times), the narrative alternates between Tiller’s outlandish, mind-boggling year with Pong and the strange, riveting, emotionally complex domestic life that follows it, as Tiller processes what happened to him abroad and what it means for his future. Rich with commentary on Western attitudes, Eastern stereotypes, capitalism, global trade, mental health, parenthood, mentorship, and more, My Year Abroad is also an exploration of the surprising effects of cultural immersion—on a young American in Asia, on a Chinese man in America, and on an unlikely couple hiding out in the suburbs. Tinged at once with humor and darkness, electric with its accumulating surprises and suspense, My Year Abroad is a novel that only Chang-rae Lee could have written, and one that will be read and discussed for years to come.

Praise for My Year Abroad

“My Year Abroad is a strange and stirring amalgam: a tender novel about business, ambition, and appetite. With great generosity, and in a searching, democratic spirit, Chang-rae Lee describes the enticements, mirages, pleasures and catastrophes that attend not only the pursuit of wealth but the pursuit of happiness in all its forms, romantic, domestic, and, yes, gustatory. In Pong Lou, he has given American literature a character who deserves his place among other tragic dreamers, from Gatsby to J.R.” —Jeffrey Eugenides, Pulitzer Prize winning author of Middlesex

"For a quarter century now, from book to book, [Chang-rae Lee] has explored the ever-urgent themes of alienation, assimilation, and identity with unmatched assurance and acuity. He has redefined not only what it means to be American, but the fabric of the Great American Novel itself." —Jhumpa Lahiri, Pulitzer Prize winning author of Interpreter of Maladies

“My Year Abroad is a novel of astonishing wit and wisdom and scope, a globe-spanning story about those powerful first youthful encounters with love and evil and heartbreak and beauty. It’s also, by the way, enormously fun to read. Chang-rae Lee is, clearly, a master.” —Nathan Hill, New York Times–bestselling author of The Nix 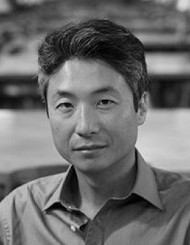 Chang-rae Lee is the author of Native Speaker, winner of the Hemingway Foundation/PEN/Hemingway Award for first fiction; A Gesture Life; Aloft; The Surrendered, winner of the Dayton Peace Prize and a finalist for the Pulitzer Prize; and On Such a Full Sea. Selected by The New Yorker as one of the “20 Writers for the 21st Century,” Chang-rae Lee is a professor in the Lewis Center for the Arts at Princeton University and the a Shinhan Distinguished Visiting Professor at Yonsei University. 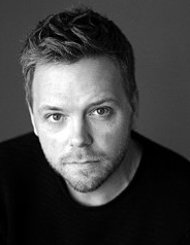 Nathan Hill's short fiction has appeared in many literary journals, including The Iowa Review, AGNI, The Gettysburg Review, and Fiction, which awarded him its annual Fiction Prize. A native Iowan, he lives with his wife in Naples, Florida.