Made in China:
A Prisoner, an SOS Letter, and the Hidden Cost of America's Cheap Goods

in conversation with BARBARA DEMICK

Harvard Book Store's virtual event series welcomes award-winning journalist AMELIA PANG for a discussion of her nonfiction debut, Made in China: A Prisoner, an SOS Letter, and the Hidden Cost of America's Cheap Goods. She will be joined in conversation by BARBARA DEMICK, former Beijing bureau chief for the Los Angeles Times and author of Eat the Buddha: Life and Death in a Tibetan Town.

While payment is not required, we are suggesting a $3 contribution to support this author series, our staff, and the future of Harvard Book Store—a locally owned, independently run Cambridge institution. In addition, by purchasing a copy of Made in China on harvard.com, you support indie bookselling and the writing community during this difficult time.

About Made in China

In 2012, an Oregon mother named Julie Keith opened up a package of Halloween decorations. The cheap foam headstones had been five dollars at Kmart, too good a deal to pass up. But when she opened the box, something shocking fell out: an SOS letter, handwritten in broken English.

“Sir: If you occassionally buy this product, please kindly resend this letter to the World Human Right Organization. Thousands people here who are under the persicuton of the Chinese Communist Party Government will thank and remember you forever.”

The note’s author, Sun Yi, was a mild-mannered Chinese engineer turned political prisoner, forced into grueling labor for campaigning for the freedom to join a forbidden meditation movement. He was imprisoned alongside petty criminals, civil rights activists, and tens of thousands of others the Chinese government had decided to “reeducate,” carving foam gravestones and stitching clothing for more than fifteen hours a day.

In Made in China, investigative journalist Amelia Pang pulls back the curtain on Sun’s story and the stories of others like him, including the persecuted Uyghur minority group whose abuse and exploitation is rapidly gathering steam. What she reveals is a closely guarded network of laogai—forced labor camps—that power the rapid pace of American consumerism. Through extensive interviews and firsthand reportage, Pang shows us the true cost of America’s cheap goods and shares what is ultimately a call to action—urging us to ask more questions and demand more answers from the companies we patronize.

Praise for Made in China

“A moving and powerful look at the brutal slave labor camps in China that mass produce our consumer products. Amelia Pang, who puts a human face on the Chinese laborers who work in bondage, makes clear our complicity in this inhuman system. She forces us, like the abolitionists who battled slavery in the 19th century, to place the sanctity of human life before the maximization of profit. It is hard not to finish this book and not be outraged, not only at the Chinese government but the American corporations that knowingly collaborate with and profit from this modern slave trade.” —Chris Hedges, Pulitzer Prize–winning journalist and author

“A cinematic approach to a vital topic, which should be as close to our hearts as cheap goods are to our wallets. Amelia Pang provides close-ups of the individual stories behind labor camps, and wide-angle views of their context and history.” —Alec Ash, author of Wish Lanterns: Young Lives in New China

"Sun's story shows the inhuman nature of the authoritarian Chinese government. The narrative consists of many people’s untold stories. After reading this book, anyone with a conscience will realize it is time to take action for those who are persecuted by the Chinese dictatorship.” —Chen Guangcheng, author of The Barefoot Lawyer: A Blind Man's Fight for Justice and Freedom in China 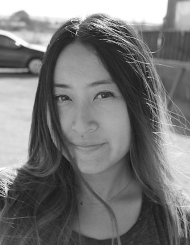 Amelia Pang is an award-winning journalist who has written for publications such as Mother Jones and the New Republic. She has covered topics ranging from organic import fraud to the prevalence of sexual violence on Native American reservations. In 2017, the Los Angeles Press Club awarded her first place in investigative journalism for her undercover reporting on the exploitation of smuggled immigrants who are recruited to work in Chinese restaurants. Amelia grew up in a Mandarin-speaking household in Maryland, and holds a BA in literary studies from the New School. She lives near Washington, DC, with her husband, an organic farmer. This is her first book. 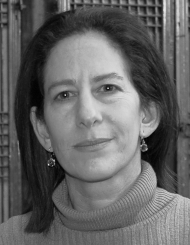 Barbara Demick is the former Beijing bureau chief for the Los Angeles Times and author of Eat the Buddha: Life and Death in a Tibetan Town, as well as Nothing to Envy: Ordinary Lives in North Korea and Logavina Street: Life and Death in a Sarajevo Neighborhood. Demick grew up in New Jersey and graduated from Yale College. Her North Korea book won the Samuel Johnson prize (now the Baillie Gifford prize) for non-fiction in the U.K., and was a finalist for the National Book Award and the National Book Critics Circle Award. She is currently a fellow at the New York Public Library’s Cullman Center.