The Feeling of Life Itself:
Why Consciousness Is Widespread but Can't Be Computed

in conversation with GABRIEL KREIMAN

Harvard Book Store's virtual event series, the Harvard University Division of Science, and the Harvard Library welcome renowned neuroscientist CHRISTOF KOCH—Chief Scientist of the MindScope Program at the Allen Institute in Seattle and author of Consciousness: Confessions of a Romantic Reductionist—for the paperback release of his latest book, The Feeling of Life Itself: Why Consciousness Is Widespread but Can't Be Computed. He will be joined in conversation by GABRIEL KREIMAN, professor in the Department of Ophthalmology at Harvard Medical School.

While payment is not required, we are suggesting a $3 contribution to support this author series, our staff, and the future of Harvard Book Store—a locally owned, independently run Cambridge institution. In addition, by purchasing a copy of The Feeling of Life Itself on harvard.com, you support indie bookselling and the writing community during this difficult time.

About The Feeling of Life Itself

In The Feeling of Life Itself, Christof Koch offers a straightforward definition of consciousness as any subjective experience, from the most mundane to the most exalted—the feeling of being alive.

Psychologists study which cognitive operations underpin a given conscious perception. Neuroscientists track the neural correlates of consciousness in the brain, the organ of the mind. But why the brain and not, say, the liver? How can the brain, three pounds of highly excitable matter, a piece of furniture in the universe, subject to the same laws of physics as any other piece, give rise to subjective experience? Koch argues that what is needed to answer these questions is a quantitative theory that starts with experience and proceeds to the brain. In The Feeling of Life Itself, Koch outlines such a theory, based on integrated information.

Koch describes how the theory explains many facts about the neurology of consciousness and how it has been used to build a clinically useful consciousness meter. The theory predicts that many, and perhaps all, animals experience the sights and sounds of life; consciousness is much more widespread than conventionally assumed. Contrary to received wisdom, however, Koch argues that programmable computers will not have consciousness. Even a perfect software model of the brain is not conscious. Its simulation is fake consciousness. Consciousness is not a special type of computation—it is not a clever hack. Consciousness is about being.

Praise for The Feeling of Life Itself

"Christof Koch has been leading the charge in consciousness science since there was a charge to lead. His latest book showcases his writerly instincts as well as his scientific acumen, drawing on his deep involvement in the field to paint a compelling picture of the science of experience itself." —Anil K. Seth, Professor of Cognitive and Computational Neuroscience, University of Sussex; editor of 30 Second Brain

"Koch’s controversial and witty book provides a broad view of consciousness, together with a thorough review of his scientific research, inspired by Francis Crick. It discusses issues such as the existence of consciousness in other species and attempts at developing tools and techniques to measure it." —Ada Yonath, Director of the Helen and Milton A. Kimmelman Center for Biomolecular Structure and Assembly of the Weizmann Institute of Science; winner of the Nobel Prize in Chemistry, 2009 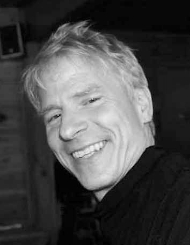 Christof Koch is a German-American neuroscientist best known for his studies and writings exploring the brain basis of consciousness. Trained as a physicist, Koch was for 27 years a professor of biology and engineering at the California Institute of Technology in Pasadena. He is now Chief Scientist of the MindScope Program at the Allen Institute in Seattle, leading a ten year, large-scale, high through-put effort to build brain observatories to map, analyze and understand the mouse and human cerebral cortex. His latest book is The Feeling of Life Itself: Why Consciousness Is Widespread But Can't Be Computed. 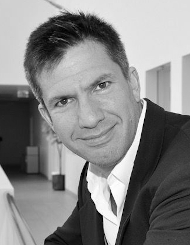 Gabriel Kreiman is a Professor at Harvard Medical School and Children’s Hospital and leads the Executive Function/Memory module in the Center for Brains, Minds and Machines. He received his M.Sc. and Ph.D. from Caltech and was a postdoctoral fellow at MIT. He received several awards including the NIH new innovator award and the NSF Career award. His research group combines computational models, behavioral measurements and neurophysiological recordings to develop AI systems constrained and inspired by neural circuits.