Fire in Paradise:
An American Tragedy

While payment is not required, we are suggesting a $5 contribution to support this author series, our staff, and the future of Harvard Book Store—a locally owned, independently run Cambridge institution. In addition, by purchasing a copy of Fire in Paradise on harvard.com, you support indie bookselling and the writing community during this difficult time.

About Fire in Paradise

There is no precedent in postwar American history for the destruction of the town of Paradise, California. On November 8, 2018, the community of 27,000 people was swallowed by the ferocious Camp Fire, which razed virtually every home and killed at least 85 people. The catastrophe seared the American imagination, taking the front page of every major national newspaper and top billing on the news networks. It displaced tens of thousands of people, yielding a refugee crisis that continues to unfold.

Fire in Paradise is a dramatic and moving narrative of the disaster based on hundreds of in-depth interviews with residents, firefighters and police, and scientific experts. Alastair Gee and Dani Anguiano are California-based journalists who have reported on Paradise since the day the fire began. Together they reveal the heroics of the first responders, the miraculous escapes of those who got out of Paradise, and the horrors experienced by those who were trapped. Their accounts are intimate and unforgettable, including the local who left her home on foot as fire approached while her 82-year-old father stayed to battle it; the firefighter who drove into the heart of the inferno in his bulldozer; the police officer who switched on his body camera to record what he thought would be his final moments as the flames closed in; and the mother who, less than 12 hours after giving birth in the local hospital, thought she would die in the chaotic evacuation with her baby in her lap. Gee and Anguiano also explain the science of wildfires, write powerfully about the role of the power company PG&E in the blaze, and describe the poignant efforts to raise Paradise from the ruins.

This is the story of a town at the forefront of a devastating global shift—of a remarkable landscape sucked ever drier of moisture and becoming inhospitable even to trees, now dying in their tens of millions and turning to kindling. It is also the story of a lost community, one that epitomized a provincial, affordable kind of Californian existence that is increasingly unattainable. It is, finally, a story of a new kind of fire behavior that firefighters have never witnessed before and barely know how to handle. What happened in Paradise was unprecedented in America. Yet, according to climate scientists and fire experts, it will surely happen again.

Praise for Fire in Paradise

"A gripping ticktock account . . . Fire in Paradise covers the history of that part of California and the influence of climate change on these disasters, but at its core are visceral individual stories of bravery and tragedy." —John Williams, New York Times

"A book about a California calamity that speaks to our present moment . . . With one voice, [Gee and Anguiano] tell a story that is both sweeping in scope and vivid in its particulars " —Carolyn Kellogg, Washington Post 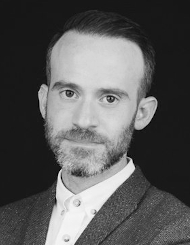 Alastair Gee is an award-winning editor and reporter at the Guardian who has also written for The New Yorker online, the New York Times, and the Economist. 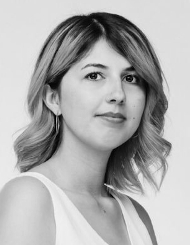 Dani Anguiano writes for the Guardian and was a reporter for the Chico Enterprise-Record. She lives in the San Francisco Bay area.