in conversation with ROHINI SOMANATHAN

Harvard Book Store's virtual event series and the Edmond J. Safra Center for Ethics welcomes DANIELLE ALLEN—James Bryant Conant University Professor at Harvard University and the Safra Center's director—for a discussion of her co-edited book, Difference Without Domination: Pursuing Justice in Diverse Democracies. She will be joined in conversation by her fellow editor ROHINI SOMANATHAN, Professor of Economics at the Delhi School of Economics.

While payment is not required, we are suggesting a $3 contribution to support this author series, our staff, and the future of Harvard Book Store—a locally owned, independently run Cambridge institution. In addition, by purchasing a copy of Difference Without Domination on harvard.com, you support indie bookselling and the writing community during this difficult time.

About Difference without Domination

Around the globe, democracy appears broken. With political and socioeconomic inequality on the rise, we are faced with the urgent question of how to better distribute power, opportunity, and wealth in diverse modern societies. This volume confronts the dilemma head-on, exploring new ways to combat current social hierarchies of domination.

Using examples from the United States, India, Germany, and Cameroon, the contributors offer paradigm-changing approaches to the concepts of justice, identity, and social groups while also taking a fresh look at the idea that the demographic make-up of institutions should mirror the make-up of a populace as a whole. After laying out the conceptual framework, the volume turns to a number of provocative topics, among them the pernicious tenacity of implicit bias, the logical contradictions inherent to the idea of universal human dignity, and the paradoxes and problems surrounding affirmative action. A stimulating blend of empirical and interpretive analyses, Difference without Domination urges us to reconsider the idea of representation and to challenge what it means to measure equality and inequality.

Praise for Difference without Domination

“Difference without Domination is an ambitious volume that aims to reconfigure the discourses on democracy, egalitarianism, and justice in an increasingly diverse world. This brilliant volume has the potential to transform profoundly how we comprehend democracy and difference, and it promises visions of egalitarian futures devoid of domination.” —Neil Roberts, Williams College

“Democracy without Domination is a unique contribution to an emerging literature on how ideas about democracy affect, and are affected by, concepts and practices pertaining to equality, egalitarianism, and domination. The contributors range from the disciplines of history, philosophy, economics, to political science, psychology, and brain sciences, forging encounters and dialogue across boundaries to assess the aforementioned concepts and their capacity to interrogate domination as lived experience. Allen and Somanathan have performed a service in encouraging and framing what are often—in academic and in daily life—difficult conversations.” —Michael G. Hanchard, University of Pennsylvania 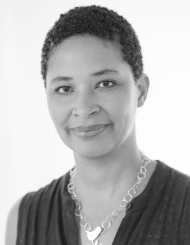 Danielle Allen is James Bryant Conant University Professor and Director of the Edmond J. Safra Center for Ethics at Harvard University. She is a political philosopher and public policy expert, who focuses on democracy innovation, public health and health equity, justice reform, education, and political economy. She also directs the Safra Center’s Democratic Knowledge Project, a K-16 civic education provider. Her books include Our Declaration: a reading of the Declaration of Independence in defense of equality, Cuz: an American Tragedy, and Talking to Strangers: anxieties of citizenship since Brown v. Board of Education. She was for many years a contributing columnist for the Washington Post, and writes for the Atlantic. 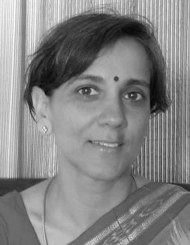