in conversation with AMANDA GEFTER

Harvard Book Store, the Harvard University Division of Science, and the Harvard Library welcome DAVID KAISER—Germeshausen Professor of the History of Science and Professor of Physics at MIT—for a discussion of his new book Quantum Legacies: Dispatches from an Uncertain World. He will be joined in conversation by celebrated science writer AMANDA GEFTER, author of Trespassing on Einstein's Lawn.

While payment is not required, we are suggesting a $5 contribution to support this author series, our staff, and the future of Harvard Book Store—a locally owned, independently run Cambridge institution. In addition, by ordering a copy of Quantum Legacies on harvard.com, you support indie bookselling and the writing community during this difficult time.

The ideas at the root of quantum theory remain stubbornly, famously bizarre: a solid world reduced to puffs of probability; particles that tunnel through walls; cats suspended in zombielike states, neither alive nor dead; and twinned particles that share entangled fates. For more than a century, physicists have grappled with these conceptual uncertainties while enmeshed in the larger uncertainties of the social and political worlds around them, a time pocked by the rise of fascism, cataclysmic world wars, and a new nuclear age.

In Quantum Legacies, David Kaiser introduces readers to iconic episodes in physicists’ still-unfolding quest to understand space, time, and matter at their most fundamental. In a series of vibrant essays, Kaiser takes us inside moments of discovery and debate among the great minds of the era—Albert Einstein, Erwin Schrödinger, Stephen Hawking, and many more who have indelibly shaped our understanding of nature—as they have tried to make sense of a messy world.

Ranging across space and time, the episodes span the heady 1920s, the dark days of the 1930s, the turbulence of the Cold War, and the peculiar political realities that followed. In those eras as in our own, researchers’ ambition has often been to transcend the vagaries of here and now, to contribute lasting insights into how the world works that might reach beyond a given researcher’s limited view. In Quantum Legacies, Kaiser unveils the difficult and unsteady work required to forge some shared understanding between individuals and across generations, and in doing so, he illuminates the deep ties between scientific exploration and the human condition.

"Kaiser—writing in prose that sometimes soars, often intrigues, and always informs—gives us here a remarkable set of vignettes about major developments in physics and cosmology of the past century. His vignettes beautifully integrate science with human history and with insightful descriptions of outsized personalities. This book will be enjoyable and enlightening for a diverse readership: from complete novices in science, to students of science and history, and to professional scientists and historians." —Kip Thorne, Richard P. Feynman Professor of Theoretical Physics, California Institute of Technology, and 2017 Nobel Laureate in Physics

"Physicists are people! They have insecurities, love lives, monetary concerns, and political opinions, all while striving to uncover the fundamental workings of reality. Kaiser spins engaging tales that both explain fascinating aspects of physics in a lucid way and illuminate the human beings who worked to discover them." —Sean Carroll, author of Something Deeply Hidden

"Have you ever wondered why Schrödinger chose such a morbid illustration of quantum physics as a half-dead cat? Want to know how an alleged Soviet spy escaped capture and went on to shake up particle physics? Can you guess what propelled The Tao of Physics to bestseller status? If questions like these spark your curiosity, this book is for you. I can imagine no better guide for an insider’s tour of twentieth-century physics than Kaiser. These witty vignettes beautifully illustrate what Kaiser calls the 'doubleness' of scientific research, its ability to bequeath enduring insights while reflecting the quirks and foibles of historical circumstances." —Deborah R. Coen, author of Climate in Motion 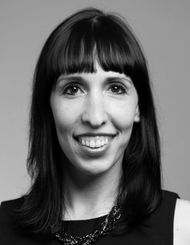 Amanda Gefter is a freelance writer specializing in fundamental physics, cosmology, cognitive science and philosophy, and author of the book Trespassing on Einstein's Lawn. Her writing has been featured in the New York Times, The Atlantic, Nautilus, Nature, Scientific American, Quanta, the Philadelphia Inquirer, and New Scientist magazine, where I previously served as Books & Arts editor. She also co-hosts BookLab, a podcast about popular science books, with science journalist Dan Falk. 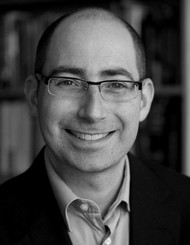 David Kaiser is Germeshausen Professor of the History of Science and Professor of Physics at MIT. He is the author of award-winning books Drawing Theories Apart: The Dispersion of the Feynman Diagrams in Postwar Physics and How the Hippies Saved Physics: Science, Counterculture, and the Quantum Revival, and editor of Becoming MIT: Moments of Decision and Pedagogy and the Practice of Science: Historical and Contemporary Perspectives, among others. He is presently Chair of the Editorial Board of MIT Press, and also serves on the advisory boards for Nautilus and Undark magazines.