in conversation with ELISA GABBERT

Harvard Book Store's virtual event series welcomes writer J. ROBERT LENNON—author of The Light of Falling Stars, Mailman, and Pieces for the Left Hand: 100 Anecdotes—for a discussion of his latest novel and story collection, Subdivision and Let Me Think. He will be joined in conversation by poet and essayist ELISA GABBERT, author of The Word Pretty and The Unreality of Memory: And Other Essays.

While payment is not required, we are suggesting a $5 contribution to support this author series, our staff, and the future of Harvard Book Store—a locally owned, independently run Cambridge institution. In addition, by purchasing copies of Subdivision and Let Me Think on harvard.com, you support indie bookselling and the writing community during this difficult time.

An unnamed woman checks into a guesthouse in a mysterious district known only as the Subdivision. The guesthouse’s owners, Clara and the Judge, are welcoming and helpful, if oddly preoccupied by the perpetually baffling jigsaw puzzle in the living room. With little more than a hand-drawn map and vague memories of her troubled past, the narrator ventures out in search of a job, an apartment, and a fresh start in life.

Accompanied by an unusually assertive digital assistant named Cylvia, the narrator is drawn deeper into an increasingly strange, surreal, and threatening world, which reveals itself to her through a series of darkly comic encounters reminiscent of Gulliver’s Travels. A lovelorn truck driver . . . a mysterious child . . . a watchful crow. A cryptic birthday party. A baffling physics experiment in a defunct office tower where some calamity once happened. Through it all, the narrator is tempted and manipulated by the bakemono, a shape-shifting demon who poses a distinctly terrifying danger.

Harrowing, meticulous, and deranged, Subdivision is a brilliant maze of a novel from the writer Kelly Link has called “a master of the dark arts.” With the narrative intensity and mordant humor familiar to readers of Broken River, J. Robert Lennon continues his exploration of the mysteries of perception and memory.

About Let Me Think

Let Me Think is a meticulous selection of short stories by one of the preeminent chroniclers of the American absurd. Through J. Robert Lennon’s mordant yet sympathetic eye, the quotidian realities of marriage, family, and work are rendered powerfully strange in this rich and innovative collection.

These stories, most no more than a few pages, are at once experimental and compulsively readable, the work of an expert craftsman who can sketch whole lives in a mere handful of lines, or reveal, over pages, the boundless complexity of a passing thought. Here you’ll find a heist gone wrong, a case of mistaken identity, a hostile encounter with a neighborhood eccentric, a glass eye, a talking owl, and a six-fingered hand. Whatever the subject, Lennon disarms the reader with humor before pivoting to pathos, pain, and disappointment—most notably in an extraordinary sequence of darting, painfully funny fictions about a disintegrating marriage that captures the myriad ways intimacy can fail us, and the ways that we can fail it.

Like Lennon’s earlier story collection Pieces for the Left Hand, Let Me Think holds a mirror up to our long-held grudges and secret desires, our petty resentments and moments of redeeming grace, and confirms him as a virtuoso of the form.

“An askew, uncanny—and consistently compelling—novel about memory, dislocation, and trauma. . . . [Lennon’s] tone is surreal and the result sometimes, à la Kafka, darkly funny. The novel features elements of the picaresque . . . , but it also has the everyday-suburban-made-strange-and-luminous quality of Steven Millhauser and the gleefully absurd, improvised feel of César Aira. . . . Sharp, inventive―and disorienting in all the good ways.” —Kirkus Reviews, starred review

“Deliriously inventive. . . . This is an impressive marriage of a vibrant, tortuous fever dream and an unsentimental meditation on life and death.” —Publishers Weekly

Praise for Let Me Think 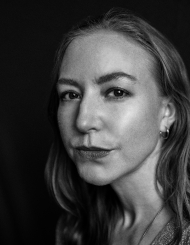 Elisa Gabbert is the author of five collections of poetry, essays, and criticism: The Unreality of Memory & Other Essays; The Word Pretty; L’Heure Bleue, or the Judy Poems; The Self Unstable; and The French Exit. She writes a regular poetry column for the New York Times, and her work has appeared in Harper’s, The New York Times Magazine, the New York Review of Books, the London Review of Books, A Public Space, the Paris Review Daily, and many other venues. She lives in Denver. 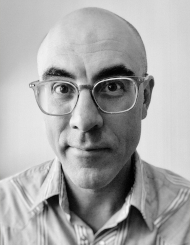 J. Robert Lennon is the author of nine novels, including Subdivision, and three story collections, including Let Me Think. His fiction has appeared in the Paris Review, Granta, Harper's Magazine, and the New Yorker.