Fight:
How Gen Z Is Channeling Their Fear
and Passion to Save America

in conversation with DAVID HOGG,

Harvard Book Store's virtual event series welcomes JOHN DELLA VOLPE—director of polling at the Harvard Kennedy School Institute of Politics—for a discussion of his book Fight: How Gen Z Is Channeling Their Fear and Passion to Save America. He will be joined in conversation by celebrated activist, organizer, and author DAVID HOGG, and CNN Politics reporter RACHEL JANFAZA.

While payment is not required, we are suggesting a $5 contribution to support this author series, our staff, and the future of Harvard Book Store—a locally owned, independently run Cambridge institution. In addition, by purchasing a copy of Fight on harvard.com, you support indie bookselling and the writing community during this difficult time.

Since they were born, Generation Z (also known as "zoomers")—those born from the late 1990s to early 2000s—have been faced with an onslaught of turmoil, destruction and instability unprecedented in modern history. And it shows: they are more stressed, anxious, and depressed than previous generations, a phenomenon John Della Volpe has documented heavily through decades of meeting with groups of young Americans across the country.

But Gen Z has not buckled under this tremendous weight. On the contrary, they have organized around issues from gun control to racial and environmental justice to economic equity, becoming more politically engaged than their elders, and showing a unique willingness to disrupt the status quo.

In Fight: How Gen Z Is Channeling Their Passion and Fear to Save America, Della Volpe draws on his vast experience to show the largest forces shaping zoomers' lives, the issues they care most about, and how they are—despite older Americans' efforts to label Gen Z as overly sensitive, lazy, and entitled—rising to the unprecedented challenges of their time to take control of their country and our future.

"A compelling, comprehensive, and intensely readable roadmap for why Gen Z is so angry at the political reality they've inherited—and why they're stepping up to stop their parents and grandparents' generations from destroying their future . . . .urgent, essential reading. It'll put you in a fighting mood—and give you hope for a better tomorrow." —Charlotte Alter, Senior Correspondent, TIME, and author of The Ones We’ve Been Waiting For

"Despite his Gen. X status, there's no one I'd rather read on the rise of Zoomers and their determination to save America . . . Even the most cynical Boomer will walk away from John's authoritative and essential read on our next generation of leaders feeling hopeful about the arc of the moral universe." —Jacqueline Alemany, The Washington Post, politics reporter and Power Up anchor

"A deep dive into the Gen Z voter’s brain that provides the reader with a detailed understanding of what issues have become supremely important—especially in light of the 2020 election. It shows this generation’s complexity as individuals, not just as a voting bloc." —Stephanie Ruhle, MSNBC Anchor, NBC News Senior Business Correspondent 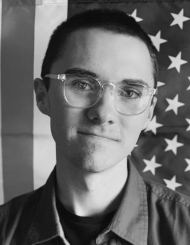 Thrust into the world of activism by the largest school shooting in American history, Parkland survivor David Hogg has become one of the most compelling voices of his generation. Passionate in his advocacy to end gun violence, David’s mission of increasing voter participation, civic engagement and activism embraces a range of issues. 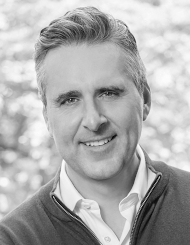 John Della Volpe is the Director of Polling at the Harvard Kennedy School Institute of Politics, where he has led the institute’s polling initiatives on understanding American youth since 2000. The Washington Post referred to John as one of the world’s leading authorities on global sentiment, opinion and influence especially among Millennials and in the age of digital and social media. John appears regularly on MSNBC’s Morning Joe and his insights on the Millennial generation are found in national media outlets in the U.S. and abroad, including the Daily Show with Trevor Noah. 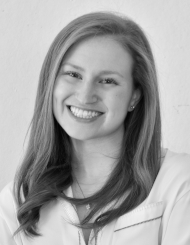 Rachel Janfaza is an associate writer for CNN Politics in Washington DC, covering youth political culture and everything related to young voters in U.S. politics. Before joining CNN in 2020, Janfaza first started writing about youth political culture for Teen Vogue and MTV News. Her reporting has explored youth activism around the world, from the fight against Brexit to the global climate strikes, as well as initiatives to lower the voting age.