The Reason for the Darkness of the Night:
Edgar Allen Poe and the Forging of American Science

in conversation with PAUL LEWIS

Harvard Book Store's virtual event series welcomes JOHN TRESCH—Professor of History of Art, Science, and Folk Practice at the Warburg Institute in the University of London and author of The Romantic Machine—for a discussion of his latest book, The Reason for the Darkness of the Night: Edgar Allen Poe and the Forging of American Science. He will be joined in conversation by PAUL LEWIS, professor of English at Boston College and former president of the Poe Studies Association.

While payment is not required, we are suggesting a $5 contribution to support this author series, our staff, and the future of Harvard Book Store—a locally owned, independently run Cambridge institution. In addition, by purchasing a copy of The Reason for the Darkness of the Night on harvard.com, you support indie bookselling and the writing community during this difficult time.

About The Reason for the Darkness of the Night

Decade after decade, Edgar Allan Poe remains one of the most popular American writers. He is beloved around the world for his pioneering detective fiction, tales of horror, and haunting, atmospheric verse. But what if there was another side to the man who wrote “The Raven” and “The Fall of the House of Usher”?

In The Reason for the Darkness of the Night, John Tresch offers a bold new biography of a writer whose short, tortured life continues to fascinate. Shining a spotlight on an era when the lines separating entertainment, speculation, and scientific inquiry were blurred, Tresch reveals Poe’s obsession with science and lifelong ambition to advance and question human knowledge. Even as he composed dazzling works of fiction, he remained an avid and often combative commentator on new discoveries, publishing and hustling in literary scenes that also hosted the era’s most prominent scientists, semi-scientists, and pseudo-intellectual rogues. As one newspaper put it, “Mr. Poe is not merely a man of science—not merely a poet—not merely a man of letters. He is all combined; and perhaps he is something more.”

Taking us through his early training in mathematics and engineering at West Point and the tumultuous years that followed, Tresch shows that Poe lived, thought, and suffered surrounded by science—and that many of his most renowned and imaginative works can best be understood in its company. He cast doubt on perceived certainties even as he hungered for knowledge, and at the end of his life delivered a mind-bending lecture on the origins of the universe that would win the admiration of twentieth-century physicists. Pursuing extraordinary conjectures and a unique aesthetic vision, he remained a figure of explosive contradiction: he gleefully exposed the hoaxes of the era’s scientific fraudsters even as he perpetrated hoaxes himself.

Tracing Poe’s hard and brilliant journey, The Reason for the Darkness of the Night is an essential new portrait of a writer whose life is synonymous with mystery and imagination—and an entertaining, erudite tour of the world of American science just as it was beginning to come into its own.

Praise for The Reason for the Darkness of the Night

“This biography is a masterwork on a master, and one of my favorite reads in years. John Tresch lets the reader see how Poe’s imagination was not only wild but also procedural, not only unbounded but also formal. In these pages, we meet the engineer of horror, the trickster of reason, and the mutinous captain of mystery.” —Rivka Galchen, author of Everyone Knows Your Mother Is a Witch and American Innovations

“John Tresch juxtaposes Poe’s biography with the rise of American science to turn a familiar story into a mesmerizing narrative, cast like a magic lantern show. Almost everything the author wrote takes on stunning new meaning. This is Poe wrestling with the big questions—and Tresch unfolding the history of a momentous cultural revolution.” —J. Gerald Kennedy, author of Strange Nation

“John Tresch’s The Reason for the Darkness of the Night is a lively and learned investigation of the life of Poe through his literary engagement with science—an accessible and exciting exploration.” —Richard Kopley, author of Edgar Allan Poe and the Dupin Mysteries 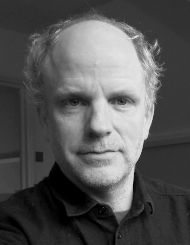 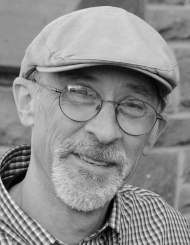 Paul Lewis is an English professor at Boston College and the immediate past president of the Poe Studies Association. The author of two academic books (Cracking Up: American Humor in a Time of Conflict and Comic Effects: Interdisciplinary Approaches to Humor in Literature), Lewis edited The Citizen Poets of Boston: A Collection of Forgotten Poems, 1789-1820, and wrote the illustrated 2017 satire A Is for Asteroids, Z Is for Zombies: A Bedtime Book about the Coming Apocalypse. As the BOD chair of the Edgar Allan Poe Foundation of Boston, Inc., he led the effort to celebrate Poe in the city of his birth by having a square at the intersection of Boylston and Charles Street South dedicated to Poe and then installing a statue of him in it.