The Magic Years:
Scenes from a Rock-and-Roll Life

in conversation with KURT ANDERSEN

Harvard Book Store's virtual event series welcomes JONATHAN TAPLIN—celebrated writer, film and music producer, and author of the award-winning Move Fast and Break Things: How Facebook, Google and Amazon Cornered Culture and Undermined Democracy—for a discussion of his memoir The Magic Years: Scenes from a Rock-and-Roll Life. He will be joined in conversation by bestselling writer KURT ANDERSEN, author of Evil Geniuses: The Unmaking of America and True Believers: A Novel.

While payment is not required, we are suggesting a $5 contribution to support this author series, our staff, and the future of Harvard Book Store—a locally owned, independently run Cambridge institution. In addition, by purchasing a copy of The Magic Years on harvard.com, you support indie bookselling and the writing community during this difficult time.

About The Magic Years

Jonathan Taplin’s extraordinary journey has put him at the crest of every major cultural wave in the past half century: he was tour manager for Bob Dylan and the Band in the ’60s, producer of major films in the ’70s, an executive at Merrill Lynch in the ’80s, creator of the Internet’s first video-on-demand service in the ’90s, and a cultural critic and author writing about technology in the new millennium. His is a lifetime marked not only by good timing but by impeccable instincts—from the folk scene to Woodstock, Hollywood’s rebellious film movement, and beyond. Taplin is not just a witness but a lifelong producer, the right-hand man to some of the greatest talents of both pop culture and the underground.

With cameos by Janis Joplin, Jimi Hendrix, Eric Clapton, Martin Scorsese, and countless other icons, The Magic Years is both a rock memoir and a work of cultural criticism from a key player who watched a nation turn from idealism to nihilism. Taplin offers a clear-eyed roadmap of how we got here and makes a convincing case for art’s power to deliver us from “passionless detachment” and rekindle our humanism.

Praise for The Magic Years

"Jonathan Taplin and I had our share of conflicts and disagreements, but he was the one who made Mean Streets and The Last Waltz possible, for which I will always be grateful. We had quite a few adventures on both projects, and they're all chronicled in this memoir of his colorful life in show business." —Martin Scorsese

"The Magic Years reads like a Magical Mystery Tour of music, loss, beauty, family, justice, and social upheaval. Taplin's natural, engaging style and his family story are central to its great appeal. Reading this book was in part like reading about my own formation, but through the prism of Taplin's keen eye. He is a deeply thoughtful, moral, and courageous human being, who knew and worked with the most important figures in folk and rock music, both those behind the curtain and those under the lights, and whose social conscience and sense of justice were alive in him from the most tender age. The Magic Years contains true magic, and true inspiration, as do the years, the people, and the story here calls." —Rosanne Cash

"Jon Taplin has lived an extraordinary life during an extraordinary time. I have watched him land on his feet again and again after completing death-defying midair acrobatics. I don't know if the things in this book actually happened, but I know all of it is true." —T. Bone Burnett 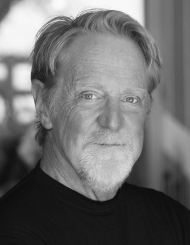 Jonathan Taplin is an author and director emeritus of the USC Annenberg Innovation Lab. Taplin’s book Move Fast and Break Things: How Facebook, Google and Amazon Cornered Culture and Undermined Democracy, published by Little, Brown & Company, was nominated by the Financial Times as one of the Best Business Books of 2017. Taplin has produced music and film for Bob Dylan and the Band, George Harrison, Martin Scorsese, Wim Wenders, Gus Van Sant, and many others. He was the founder of Intertainer, the first streaming video-on-demand platform in 1996. 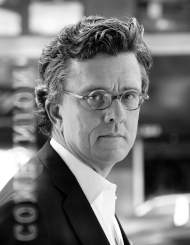 Kurt Andersen is a writer. His latest book Evil Geniuses: The Unmaking of America (2020) is about how U.S. society was re-engineered to serve big business and the well-to-do at the expense of everyone else. It was a New York Times bestseller, like its companion volume Fantasyland: How America Went Haywire, his prize-winning history of America's weakness for exciting untruths. In addition, he’s the author of four critically acclaimed, bestselling novels—You Can't Spell America Without Me, True Believers, Heyday, and Turn of the Century. Andersen also writes for television and the stage, appears regularly on MSNBC and as a contributor to the New York Times.