Virtual Event: Lolita in the Afterlife

Harvard Book Store's virtual event series welcomes editor JENNY MINTON QUIGLEY and contributors SUSAN CHOI, LAUREN GROFF, MORGAN JERKINS, and STACY SCHIFF for a panel discussion of Lolita in the Afterlife: On Beauty, Risk, and Reckoning with the Most Indelible and Shocking Novel of the Twentieth Century.

While payment is not required, we are suggesting a $5 contribution to support this author series, our staff, and the future of Harvard Book Store—a locally owned, independently run Cambridge institution. In addition, by purchasing a copy of Lolita in the Afterlife on harvard.com, you support indie bookselling and the writing community during this difficult time.

About Lolita in the Afterlife

In 1958, Vladimir Nabokov’s Lolita was published in the United States to immediate controversy and bestsellerdom. More than sixty years later, this phenomenal novel generates as much buzz as it did when originally published. Central to countless issues at the forefront of our national discourse—art and politics, race and whiteness, gender and power, sexual trauma—Lolita lives on, in an afterlife as blinding as a supernova.

With original contributions from a stellar cast of prominent twenty-first century writers and edited by the daughter of Lolita’s original publisher in America, Lolita in the Afterlife is a vibrant collection of sharp and essential modern pieces on this perennially provocative book.

Praise for Lolita in the Afterlife

"The 30 essays in this work present various aspects of Lolita, including a profile of the showgirl who first introduced the book to the American publishing world, its two film adaptations, its influence on modern music, and online message boards devoted to “nymphet culture” inspired by the novel. . . . The superb essays found in this book demonstrate the enduring impact of this novel. Highly recommended for readers interested in Lolita and Nabokov." —Library Journal (starred review)

"A sparkling collection of essays about the controversial novel. Lolita is personal for Minton Quigley, a writer, editor, and daughter of Walter Minton, the Putnam president who first published the novel in the U.S. in 1958. . . . A compendious, wide-ranging collection of sharp, thoughtful essays." —Kirkus Reviews (starred review)

"Jenny Minton Quigley brings together many of the most accomplished scholars of today in her new collection dedicated to deciphering the long-term impact of the 20th century’s most controversial novel. Featuring essays from Sarah Weinman, Roxane Gay, Kate Elizabeth Russell, and many more, Lolita in the Afterlife is a thoughtful new addition to Nabokov scholarship that reaches deep into the American psyche." —Crime Reads 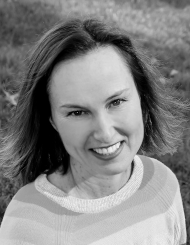 Jenny Minton Quigley is a writer and editor. She is the series editor for The Best Short Stories of The Year: The O. Henry Prize Winners, and the author of a memoir, The Early Birds. She is the daughter of Walter J. Minton, the storied former president and publisher of G. P. Putnam’s Sons, who first dared to publish Lolita by Vladimir Nabokov in the United States in 1958. A former book editor at several Random House imprints, Minton Quigley lives in West Hartford, Connecticut, with her husband, sons, and dogs. 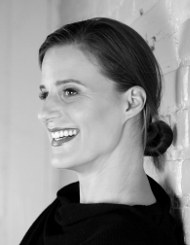 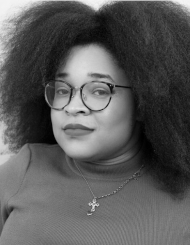 Morgan Jerkins is the New York Times bestselling author of This Will Be My Undoing and Wandering in Strange Lands. She is the senior editor at ZORA and a visiting professor at Columbia University’s School of the Arts. She’s based in Harlem. 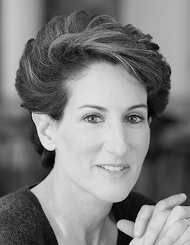 Stacy Schiff is the author of Véra (Mrs. Vladimir Nabokov), for which she won the 2000 Pulitzer Prize for Biography. She is as well the author of Saint-Exupéry, a Pulitzer Prize finalist, and A Great Improvisation: Franklin, France, and the Birth of America, winner of the George Washington Book Prize. Her most recent books, Cleopatra: A Life and The Witches: Salem, 1692, have been number one bestsellers. Among other honors, Schiff has received fellowships from the Guggenheim Foundation, the National Endowment for the Humanities, and the Cullman Center for Scholars and Writers. A member of the American Academy of Arts and Letters, she was named a 2019 Chevalier des Arts et des Lettres by the French Ministry of Culture. 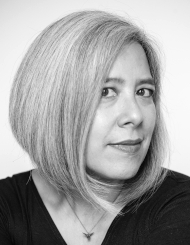 Susan Choi is the author of five novels, most recently Trust Exercise, which received the 2019 National Book Award for fiction. She has also received the Asian American Literary Award for fiction, the PEN/W. G. Sebald Award, a Lamba Literary Award, and fellowships from the National Endowment for the Arts and the Guggenheim Foundation. She has been a finalist for both the Pulitzer Prize and the PEN/Faulkner Award. In 2019 she published her first book for children, Camp Tiger. She teaches fiction writing at Yale and lives in Brooklyn.